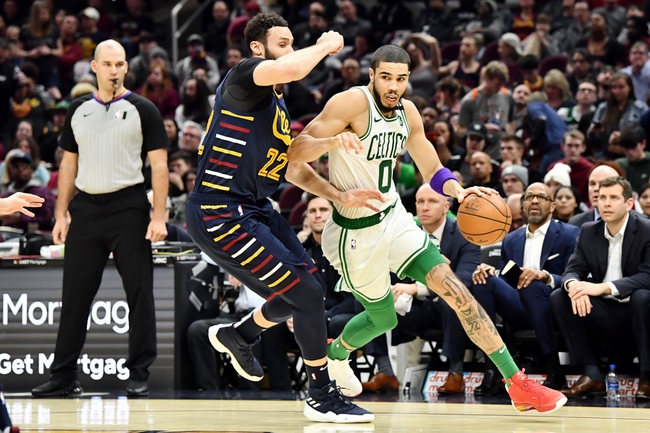 The Boston Celtics have been one of the most consistently talented teams in the NBA over the last few years, now Boston hopes to have that talent pay dividends as the NBA season prepares to restart.

Boston sat in 3rd place with a record of 43-21 when the NBA was forced to pause in mid-March, sitting three games back of second place Toronto. The C’s did have a playoff spot clinched though, leading a group of four teams between 3rd and 6th separated by 4.5 games in the standings with a 2.5 game lead ahead of 4th for Boston’s own mini bubble. The 2019-20 season saw the emergence of Jayson Tatum and Jaylen Brown into two of the NBA’s top up and coming stars, while Daniel Theis solidified himself as a starting caliber center to fill the void left by Al Horford.

Let’s take a look at the Celtics’ schedule and preview what we can expect from Boston as we prepare for playoff basketball in Orlando, Florida in late July.

The lone way to determine if this break helped or hindered the Celtics is whether or not Kemba Walker is fully healthy once the league restarts. Walker was dealing with a knee issue for weeks before the shutdown and four months is plenty of time to heal a nagging injury in that regard. As far as play goes, Boston was one of the more consistent teams in the NBA in regards to their play throughout the season as Boston never really had a down stretch for much of the year except for losing four of their last six games entering the break.

Seeding-wise, the Celtics are one of those teams that could fall to 6th if everything goes terribly wrong, or with a bit of help could pull into second place. If everything balances out and Boston stays in 3rd, the three matchups would most likely be the Miami Heat, the Indiana Pacers or the Philadelphia 76ers. The matchup that I think the Celtics wouldn’t want to see on the other side is the team they’re lined up with right now, and that’s the Philadelphia 76ers. Boston went 2-0 against both Miami and Indiana in the matchups they played in the regular season, but the Celtics went just 1-3 against the Sixers this year, losing by 10.3 PPG before Boston answered with a 21-point victory in their last meeting of the season.

As far as the odds are concerned, the Celtics are priced at +2000 to win the NBA championship and +700 to win the Eastern Conference. Based on everything we mentioned above, the price makes sense, but there’s just so much quality in the East once you hit the second round, that it may be worth looking at multiple teams to win the East outside of Milwaukee who are -165 right now. Boston may be one of those teams, and probably will be one that I back, but a lot has to go right for Boston to cash in.