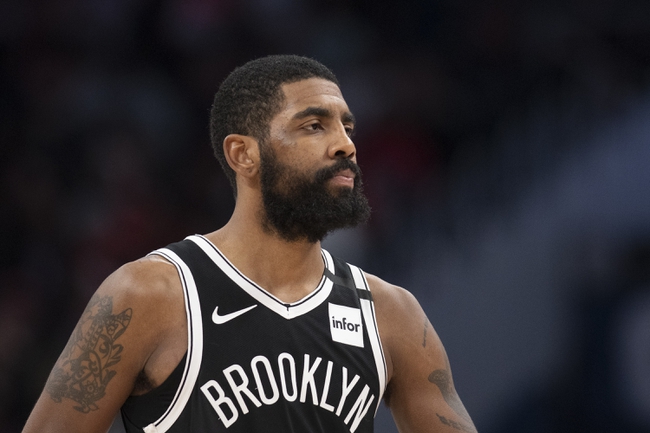 The Brooklyn Nets were one of the NBA’s most up and down teams in the 2019-20 season, but Brooklyn will look to be one of the dark horses in the NBA as the league prepares to restart in the coming weeks.

The Brooklyn Nets went into the league-mandated break with a record of 30-34, just a half game ahead of 8th place Orlando and a clear six games ahead of Washington as the Wizards remain in 9th place on the outside looking in. The Nets were a streaky team for much of the year, putting together short winning streaks here and there, like a four game winning streak in late November, as well as multiple three-game winning streaks throughout the course of the season and a stretch of 7 wins in 10 games in late January to early February. The Nets also entered the hiatus on a three-game winning streak having just beat the Lakers on a last-second buzzer beater. But with the good came with the bad. The Nets signed Kevin Durant, Kyrie Irving and DeAndre Jordan in the offseason, but Durant was going to miss the whole season with the achilles injury he suffered in the previous year’s NBA finals against Toronto. Irving missed 26 games with a shoulder injury, backup Caris LeVert injured his thumb missing time, and on top of it all, the Nets dismissed coach Kenny Atkinson just before the break as well.

Let’s take a look at the Nets’ schedule and see if we can get a preview of what to expect from Brooklyn as we prepare for playoff basketball starting in late July.

As far as whether or not the break helped or hindered Brooklyn, I think it could only help for this reason. It was going to probably get worse before it got better for Brooklyn, and with Kevin Durant ruling out a return, and Kyrie Irving saying he probably won’t go either, it’s allowed for the younger core players to prepare for their time once the NBA season restarts in Orlando. The Nets will surely be playing with a chip on their shoulder as well, as Brooklyn’s been counted out by many throughout the season and a coaching change just before the break won’t help things. At least Brooklyn’s management didn’t try to make a coaching change mid-break and force these guys to basically go in blind with a new coach. Jacque Vaughn has been with that team and they know his coaching style so it could help Vaughn solidify himself as the top candidate going forward.

Seeding-wise, it’s going to be one of three outcomes for Brooklyn. Remain in 7th, fall to 8th behind Orlando or be kept out of the playoffs if Washington makes a move and forces a play-in with the Nets. It’s hard to really gauge with not knowing how the Nets will gel without Irving or Durant but against teams like the Clippers and Celtics that may be tough sledding. The biggest games are obviously against teams in their area of the standings, as wins in the lone games against Washington and Orlando could go a long way towards securing a spot.

Odds-wise, the Nets are projected at +30000 to win the NBA title, +10000 to make it out of the Eastern Conference and -110 to finish in the 8th seed in the East. The only bet I’d make here that makes the most sense is for Brooklyn to finish in 8th. Orlando comes in as the “host” but more importantly, they’re also the healthier of the two teams that are on the inside of the playoff picture. I envision an early exit for the Nets once the playoffs do get rolling, but I expect Brooklyn to qualify as the 8-seed.

The pick in this article is the opinion of the writer, not a Sports Chat Place site consensus.
Previous Pick
Baskonia vs. Joventut Badalona - 6/25/20 Spain ACB Basketball Pick, Odds, and Prediction
Next Pick
Orlando Magic: NBA Restart 2020 Preview, Prediction, Picks