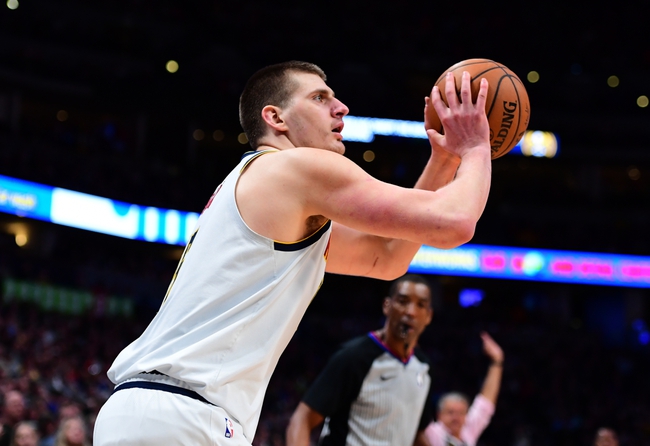 The Denver Nuggets hope to prove they’re a legit title contender when the NBA season resumes in July.

The Nuggets entered the break splitting their last 12 games and were one of the best home teams in the NBA with a 25-8 record. The Nuggets were sixth in the league with a 47.1 shooting percentage from the field and eighth in the league with an average of 107.4 points allowed. Still, many believe the Nuggets aren’t to be taken seriously, so this is a chance to prove the critics wrong.

Let’s give a quick breakdown of the Nuggets remaining schedule and how the break impacts the squad moving forward as we gear up for NBA playoff basketball in Orlando.

Roster Update: The only player the Nuggets have on their injury list is Bol Bol, who has seen G League action but is still being monitored very closely as he rehabs from a left foot injury. Nikola Jokic has tested positive for the Coronavirus, but word is he has zero symptoms and is expected to be with the team when play resumes.

Help Or Hurt: I’m not sure the break does anything for the Nuggets, as they were pretty much healthy before the virus locked things down and were playing good basketball overall. If anything, having every game in Orlando hurts the Nuggets because of how effective they were at home. The Nuggets were a manageable 18-14 on the road, but they were clearly a different team at home that also benefited from clubs playing in the high altitude.

Potential Seeding: The Nuggets are currently in the third seed and just 1.5 games behind the Los Angeles Clippers for the second seed and have a 1.5 game lead over the Utah Jazz for the fourth seed. Realistically the Nuggets could end up anywhere between the second seed and the sixth seed. I don’t see the Nuggets completely falling apart and dropping to the seventh seed. With home court out of the window now, the Nuggets may try to work their way to the best first round matchup possible.

Odds: The Nuggets are +1500 to win the West and +3000 to win the NBA title. I’m a bigger believer in the Nuggets than most people are, but I don’t think they’re polished or experienced enough to make a bet of those two options worthwhile. The Nuggets are still a fairly young team and they haven’t shown us they can take that next step yet. If anything, I’d look to bet the Nuggets on series prices and play it by week.