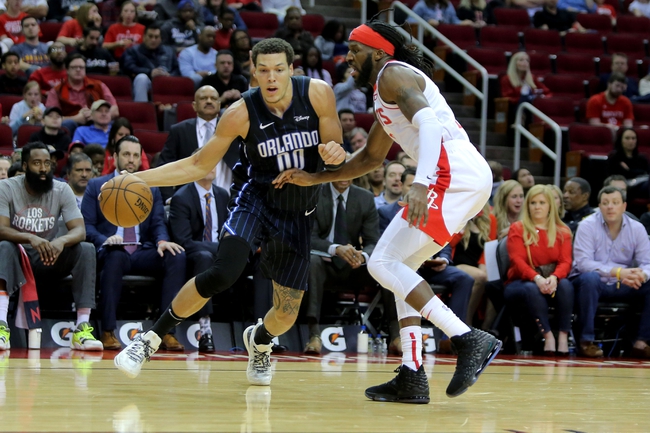 The Orlando Magic will be the “host” when the NBA resumes play at Walt Disney World and will hope to defend home turf and surprise some teams as the league prepares to restart the season in the coming weeks.

The Orlando Magic entered the hiatus just inside the playoff picture with a record of 30-35 on the year, a half game back of 7th-place Brooklyn and 5.5 games ahead of 9th-place Washington.

Orlando’s issue was that they were a streaky team, with multiple three game winning streak and a four game winning streak in early December. The problem was that the losing streaks came in bunches as well, and the Magic even had a run of 8 losses in 9 games not far from the all-star break. Orlando was on another positive run when the league was paused in mid-March, so it will be interesting to see if Orlando can pick up where they left off once play resumes.

Let’s take a look at the Magic’s schedule and see if we can get a preview of what to expect from Orlando as we prepare for playoff basketball starting in late July.

When it comes to determining if the break helped or hurt the Magic, it’s up in the air as the Magic had been a streaky team all season up to that point. The hiatus did allow Evan Fournier to get healthy which is big as he’s second on the team in scoring with 18.8 points per game while shooting over 40% from 3-point range. The problem where it might hurt is that the Magic had a favorable run of games coming when the league had to pause. Orlando was fresh off of road wins ove Houston and Memphis and all but one game for the rest of the month of March were against teams with losing records which could’ve helped to maintain their playoff positioning or even better it had the league not paused.

As far as seeding goes, it’s going to be one of three scenarios for Orlando. Climb into 7th and leapfrog Brooklyn, remain in 8th, or get bounced from the playoffs should Washington get close enough to force a play-in game at the end of the eight-game slate. I think the Magic control their own fate with the two games against the Nets and a winnable middle section of the schedule with the games against Sacramento and New Orleans. Objective number one though has to be securing enough distance from Washington to avoid the dreaded 8 vs. 9 play in scenario and I do think that the Magic are good enough to get that done.

Where the odds are concerned, Orlando is +30000 to win the NBA title, +10000 to make it out of the Eastern Conference and even money to finish as the #8 seed and if I’m being honest, I don’t see any of those being viable betting options. I see the Magic finishing in 7th as I just envision Orlando being the healthier team and the more put together team, even after the league starts up again. As far as the rest of the odds go, I don’t see Orlando making it out of the first round as Orlando is most likely to face either Milwaukee, Toronto or perhaps Boston and Orlando’s combined record against those teams in the regular season was 0-10 with seven of those games being double-digit defeats, which is why I’m passing on the long odds for Orlando this postseason.