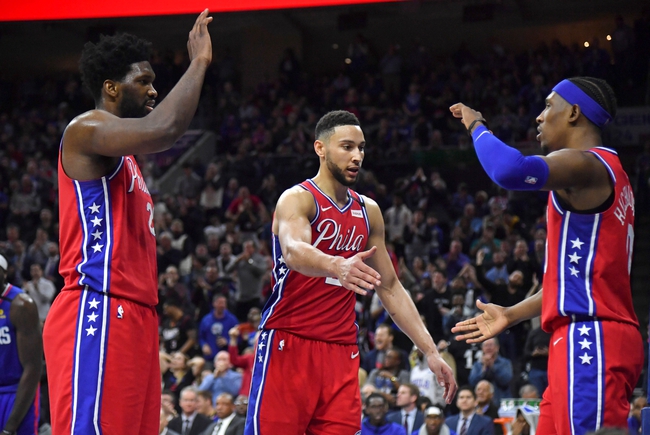 Here’s your daily roundup of all the current NBA news that’s affecting the 2019-20 season restart and playoffs. Today we’re visiting with some schedule highlights and checking in with potential storylines from around the league, so let’s dive right in with the latest NBA updates. Check back all season long for free NBA picks and NBA predictions at Sports Chat Place.

NBA 2020 Schedule Outlook - On Friday, we got our first look at the NBA’s planned game schedule for the season restart in Orlando. It’s a pretty solid-looking slate of matchups, considering the league’s worst eight teams won’t be playing. Let’s take a closer look at some of the specific team scenarios.

The Pelicans are a trendy point of conversation this weekend, as they’re the only NBA squad whose restart opponents have a combined winning percentage of less than .500. It makes sense from a parity standpoint, as New Orleans had the league’s statistically easiest remaining schedule when play stopped back in March. With Zion Williamson reportedly healthy and ready to roll, the Pelicans will be a dangerous matchup and have a good shot at playing their way into the No. 8 postseason spot in the West.

Speaking of that No. 8 postseason spot, Memphis currently holds that position with a 3.5-game lead over the Pelicans, Blazers and Kings. The Grizzlies have the fourth-hardest schedule among the restart teams however, so their hold on the playoffs could slip. Memphis closes out the regular season versus the Bucks, but considering Milwaukee basically has the top seed in the East all locked up we could get a heavy bench game there as the Bucks rest their top guys—namely Giannis Antetokounmpo.

Another interesting team to watch as games get going again is Philadelphia. The Sixers have the second-easiest remaining schedule in terms of winning percentage, and star Ben Simmons is reportedly all healed up from his back injury. Philly is tied for fifth with the Pacers as of now, and could conceivably catch the Heat if Simmons and company get off to a hot start.

Then there’s always the Lakers. LA is tied with Memphis for the fourth-hardest remaining schedule, but the Lakers do have a pretty comfortable 5.5-game lead over the second-place Clippers. Still, Los Angeles is one of the NBA’s oldest teams, and their first seven games come against squads that are over .500 in winning percentage. It’s going to be a difficult balancing act to rest guys like LeBron James and Anthony Davis while also trying to recapture a basketball rhythm heading into the postseason.

Boston has a pretty rosy outlook as well. The Celtics have the third-easiest schedule in the restart, and sit three games behind Toronto, who hold the No. 2 spot. The Raptors have a difficult road ahead with the second-hardest remaining schedule, and considering the No. 3 team may very well have to match up with a tough Philly squad in the playoffs, that No. 2 position could turn out to be very important. As of now, the 2-7 matchup would be a series against a  highly-injured Nets team, so that’s going to be an interesting finish.