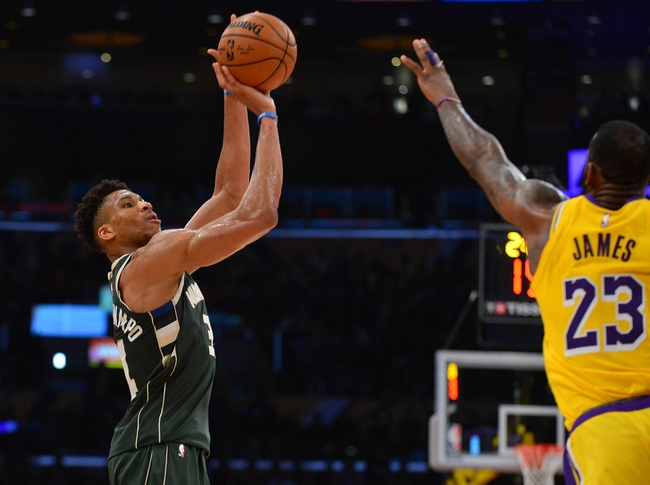 Here’s your daily roundup of all the current NBA news that’s affecting the 2019-20 season restart and playoffs. Today we’re examining some schedule information and speculating on team strength, so let’s jump right in with the latest NBA updates. Check back all season long for free NBA picks and NBA predictions at Sports Chat Place.

JR Smith Is Back - The big news in the NBA today is the reported signing of JR Smith by the Lakers. This news reunites the 34-year-old veteran with his pal LeBron James, and is sure to result in a flood of entertaining opinions and memes. Smith is joining the Lakers to replace Avery Bradley, who chose to opt out of the restart due to family concerns.

Smith won an NBA championship in 2016 with James in Cleveland and has averaged 12.5 points per game during his career. Once he undergoes a health screening and is cleared to join the team, Smith will be a key role-player piece for Los Angeles.

NBA Power Rankings Outlook - After the NBA released its planned Disney World game schedules this past weekend, we got a flurry of insight into which teams will have the toughest paths to a championship. Generally speaking, the top teams haven’t really shifted around much, but some squads will have obstacles with the schedule.

One perennial NBA conversation piece is the Lakers, whose schedule got a lot tougher. LA went from the 18th-toughest schedule before the shutdown, to the third-toughest in Orlando. To be fair, that does make sense on some level since the league won’t be bringing back the worst teams to play at Disney. If you’re an optimist though, the Lakers’ tough schedule could play to their advantage, as it’ll be a nice ramp-up heading into the playoffs. LA really isn’t in danger of losing their postseason position unless the Clippers catch fire anyway.

Out in the East, Milwaukee still reigns supreme and get the added benefit of a healthy Giannis Antetokounmpo; the Bucks will be tough customers once he’s up to speed. The Celtics and Raptors are also primed for an interesting battle. Boston has a pretty soft schedule remaining, and Toronto will be blitzed with difficult matchups heading into the playoffs. The No. 2 seed in the East will be very important. The Raptors currently hold that spot, and Boston is three games behind.

Gobert Still Not 100 Percent - Back in March (which seems like ages ago), the Jazz’s Rudy Gobert was the first NBA player to test positive for coronavirus. Over three months later, he says he’s still not back to normal.

Gobert gave an interview this week, saying his sense of smell is “still not 100 percent” and was told by doctors that it could take up to a year for that sense to fully recover. By all indications he should be fine for Orlando in a basketball sense, but Gobert’s experience is an interesting reminder on the long-term effects of coronavirus. The Jazz currently sit at 41-23 and are in fourth place in a very difficult Western Conference.