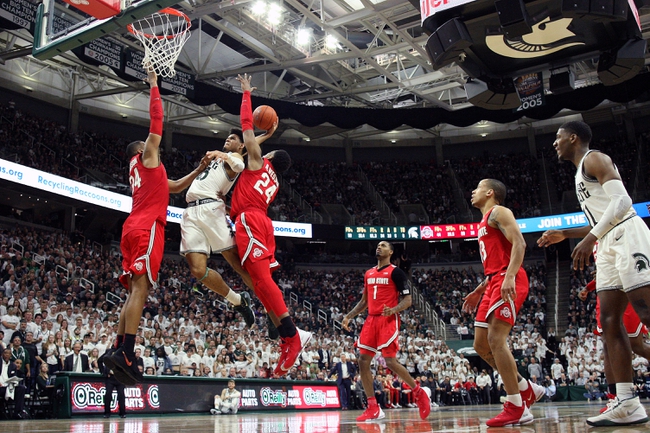 Big X is supposed to be a team made up of nothing big Big Ten guys, but there’s some players from other conferences sprinkled in as well. For the most part, some could confuse Big X with an Ohio State squad, as this roster includes Kaleb Wesson, Andre Wesson, C.J. Jackson and Keyshawn Woods. The best player on Team Big X is obviously Kaleb Wesson, who spent three years at OSU where he averaged 12.9 points, seven rebounds and shot 49.5 percent from the field. This is also a chance for Wesson to build his NBA draft stock, so I expect him to take this tournament seriously and lead the charge. Big X also has notable players in Michigan State’s Nick Ward, who adds size and toughness in the post as well as Butler’s Kellen Dunham, who is currently in the NBA G League and averaged 16.2 points as a senior for the Bulldogs.

D2 is a squad made up of former Division II players and guys who had to work for everything due to not going to a major program. Carlos Dixon is the only guy on this team who went to a major program (Virginia Tech), but he’s an assistant coach. DeMario Mayfield is probably the best player on this roster and most known, as he was highly recruited out of high school in 2009 and committed to Georgia but had legal issues that hurt his career. Mayfield can do everything from score, rebound and assist, and he makes D2 an interesting club if he gets going. DeShaun Thrower played basketball and football at Ferris State, and he averaged 14 points on 43.5 percent shooting his final season. Kevin Capers brings a winning attitude to the floor after winning a title at Florida Southern and in Mexico. D2 may not have any well known players on its roster, but there’s something about teaming up a bunch of guys who have a chip on their shoulder.

You can't count out D2 because this is a team made up of guys who have been counted out their entire careers and have made it this far. However, it can't be easy getting an opponent on short notice when it's tough to prepare for a basketball game as it is during a pandemic. Big X is an extremely talented team as it is and has an advantage in terms of knowing it was going to play. This feels like D2 is up against it, and that's without even breaking down the rosters and the fact Big X has several guys who were stars on major programs.

I'll side with Big X and whatever the line is.