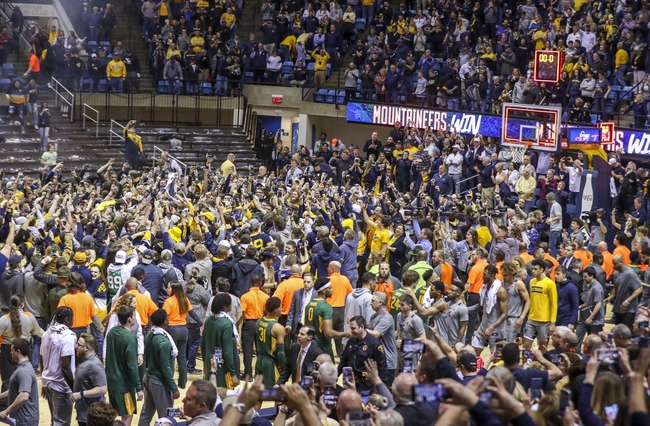 Best Virginia vs. Herd That

The Line: TBA Click to Get Latest Betting Odds

Best Virginia will be looking to open up the TBT Tournament with a win over Herd That.  This game will take place at Nationwide Arena on July 5, 2020.  Get NBA picks and predictions at Sports Chat Place.

Best Virginia finds themselves in the TBT Tournament as a replacement.  Originally, Herd That was supposed to take on the “Playing For Jimmy V” team, but the team has since pulled out, due to a player testing positive for Covid19.  Best Virginia will be looking to get further than last season.

Adrian was known for his defense, as the former Mountaineer collected Big 12 All-Defense during his time as West Virginia.  Butler, one of the better players to come out of West Virginia since 2000, totaled 14.3 points on average, during his 146 career games.  Butler registered over 17 points per contest in each of his last two seasons.  Flowers was a role player his first three seasons, but then cracked the starting lineup his senior year, starting 32 of 33 contests. Jones had a solid career in Morgantown, WV, recording an average of at least 13 points in each of his last 3 seasons.  Jones collected 20 points and 11 rebounds per contest his senior year.  Overall, this West Virginia team has loads of talent and should not be taken lightly in this tournament.

Team Herd That is under the guidance of general manager Ot Elmore.  Elmore has a team primarily of Marshall Thundering Herd alumni.  Elmore is in a unique position, as he is the general manager, but is also a shooting guard for this tournament. Outside of Elmore, the rest of the team consists of: Stevie Browning, Chris Cokley, Santino Ditrapano, Jon Elmore, Ryan Luther, Zach Smith, Ryan Taylor, Rondale Watson, and JaCorey Williams.

Browning had a solid two year stint with Marshall, recording 12.8 and 16.1 points in his two years respectively.  Cokley, a four year player at UAB, started 68 of 134 games.  He averaged 12-19 points on average his last 3 seasons.  Jon Elmore, the brother of Ot, had a great career with Marshall.  Jon Elmore averaged nearly 20 points per contest, during his 133 games(131 starts) at Marshall.  Luther was a solid role player for Pittsburgh, before starting 20 games this past season for Arizona.  Smith was one of the key players in the Texas Tech NCAA Tournament run. Taylor and Watson also played at Marshall, while Williams saw action at Middle Tennessee, and Ditrapano was at College of Charleston.

Overview: Herd That has been given odds of +5500 to win the TBT Tournament, while the odds for Best Virginia have not been released, as the West Virginia alumni team was a late add.  With Best Virginia being a late add, one may wonder where their mindset was leading up to the decision to be added.  Mindset or not, the talent that came out of West Virginia to make up this team is and was legit.  Therefore, I’m siding with Best Virginia to get the job done in this opening round against Team Herd That.

Chris’s Pick Best Virginia (Will Update when line is released)