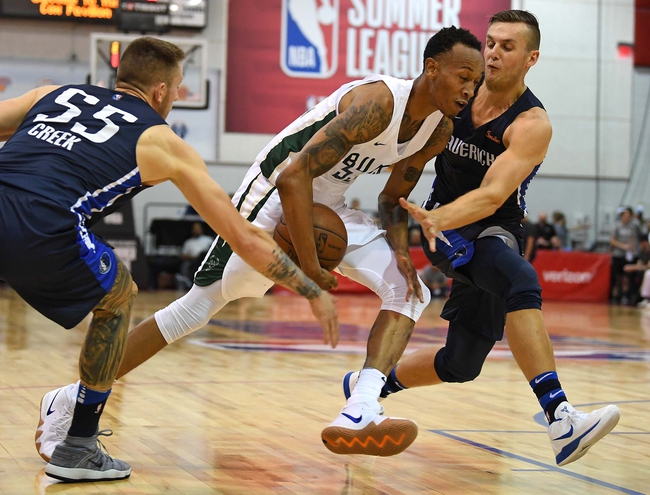 Eberlein Drive is no stranger to the TBT Tournament, as this club has nine victories and was the 2018 runner-up. Eberlein Drive will be without Jerome Randle due to injury, which obviously hurts the chances of a possible title run, but this is still club to watch closely. Eberlein Drive will be led by Johnny O'Bryant who was a two-time first-team All-SEC selection and is one of 14 LSU players to have 1,000 career points and 700 rebounds. Tim Quarterman is another former LSU player who was also the 2019 NBL scoring champion and has 19 career NBA games under his belt. J.P. Macura averaged 10.6 points, 3.2 rebounds and 2.1 assists on 44.8 percent shooting in four years with Xavier, and he also has some NBA experience. Dusty Hannahs is another player to watch, as he was highly successful in two years with the Arkansas Razorbacks, and he’s been one of the better players in the G League the last couple of years. Eberlein Drive will be better with a healthy Randle, but this is still an attractive squad that has one of the better 1-2 punches in this tournament.

Eberlein Drive has the rest advantage and probably the more notable names to the casual basketball fan, but Brotherly Love looked sharp in its tournament opener and is led by some dawgs from Temple who play with high energy. I also like teams that have a game under their belt over a team playing for the first time. There's no ironing anything out with Brotherly Love and the chemistry is already there.

I'm backing Brotherly Love in this contest, especially if its an underdog.

Randy’s Pick Brotherly Love (Will Update When Line Is Released)