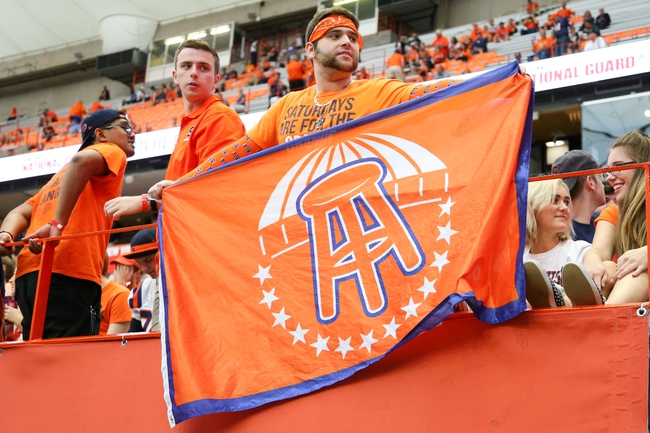 Boeheim's Army vs. Men of Mackey

Boeheim’s Army will take on Men of Mackey in the second round of the TBT at Nationwide Arena on July 7, 2020.

Boeheim’s Army will be looking to use their extra rest to their advantage during this tournament.  Boeheim’s Army is coached by Ryan Blackwell.  Blackwell has a roster with the likes of: Eric Devendorf, John Gillon, Donte Greene, Demetris Nichols, Will Rayman, Malachi Richardson, Brandon Triche, and Andrew White III.

Devendorf had a solid career at Syracuse, starting 90 of 116 games, totaling 14.5 points and 3.2 assists per contest.  Gillon bounced around in college, having spent time at Little Rock and Colorado State, before finishing up at Syracuse.  Green spent just one season at Syracuse, but had an excellent 2007-08 campaign.  Green started all 35 games and registered 17.7 points and 7.2 rebounds per contest.  Rayman just finished up his college career at Colgate, playing from 2016-2020.  Rayman started 128 of 134 games and averaged at least 12.6 points in all four seasons. Just like Gillon, White III spent time at three schools throughout his college career.  White III played two seasons at Kansas before transferring to Nebraska and then finishing at Syracuse.  White III who stands at 6’7 averaged 16.6 points with Nebraska, before collecting 18.5 per contest at Syracuse.

Team Men of Mackey overcame a deficit to advance to the next round.  Men of Mackey at times looked like they were on the verge of being run out of the building against HEARTFIRE.  Men of Mackey trailed heading into the 4th quarter, but used the Elam rule to their advantage.  Men of Mackey outscored HEARTFIRE 12-0 to end the game and would wind up winning the game 85-79. Men of Mackey was paced on offense by Justin Dentmon.  Dentmon recorded 32 points, while also collecting 3 steals which was a team high.  Each team had 38 rebounds and 11 turnovers.  Isaac Haas added a double-double, collecting 11 points and 10 rebounds.