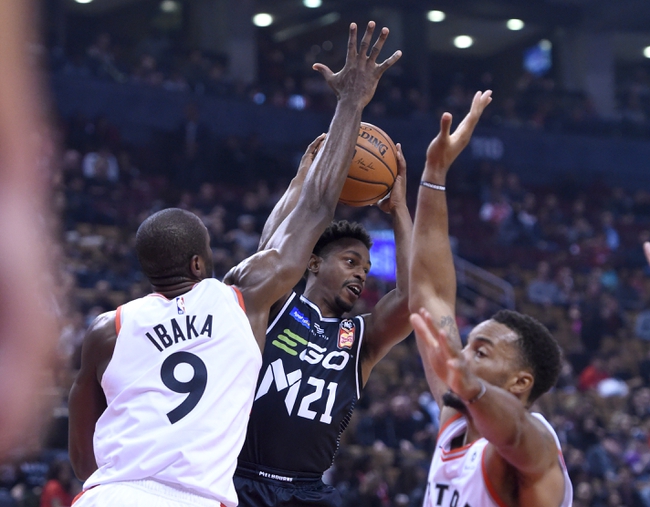 Team Challenge ALS enters this tournament with 10 TBT wins under its belt, so this club understands a thing or two about how things work. A squad that rises awareness for ALS, this team will be coached by NBA veteran Darren Collison, and recognizable faces include Casper Ware, MarQuez Haynes and Tyrese Rice. Ware was a stud at Long Beach State and has had a successful career overseas which includes being three-time All-NBL First Team. Haynes has won several tournaments in multiple leagues and averaged 19.6 points, 4.7 rebounds and 3.6 assists in two seasons with Texas-Arlington. Rice is one of the better players to come out of Boston College, and he is a Champions League MVP as well as a EuroCup MVP. Team Challenge ALS is a live team to make another deep run in this tournament.

Sideline Cancer made a big fourth quarter comeback to pull off the upset and bet Team Hines. Marcus Keene led the charge for Sideline Cancer and even made the last shot to secure the victory and advance his team to the next round. Diamond Stone showed his outside range and chipped in 19 points, while Remy Abell and Maurice Creek produced a combined 30 points. You want to see Sideline Cancer get off to better starts and not need to go on massive runs to get back in the game, but they showed their potential in their opening game and alway have a chance with guys such as Keene on the court, a guy who was a walking bucket at Central Michigan.

This should be a fun game between two teams loaded with respectable players and teams fighting for good causes. You can make a case for either side and it may be whiter team is getting free points may be the team to side with. I'm still going with Sideline Cancer, as they have a game under their belt and if Stone is going to play anywhere close to what he did in the opener, this is a club to pay close attention to. Stone was a highly recruited player but never fulfilled his potential at Maryland. Keene is also one of those players who gets hot, stays hot and can pull off several victories.