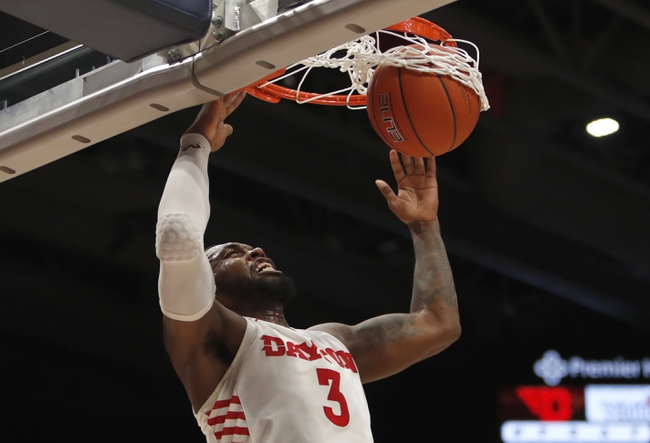 Big X is coming off a five-point victory over D2 on Saturday, a game that was back and forth throughout and probably a little closer than it should have been. Overall, Nick Ward led the way with 18 points, five rebounds and a block while Javon Bess had 11 points, three assists and six rebounds. Khalil Iverson chipped in seven points and 11 rebounds while Jamel Morris had nine points and three assists. Big X proved to be most effective when it attacks the paint offensively and they have a dangerous bench that produced 41 points in their opening victory. Big X doesn’t have a ton of star power, but this is a deep team that can produce in clutch moments.

Red Scare has two TBT victories under its belt and is made up of mostly Dayton alumni and some of the best players to ever play at that university. Dyshawn Pierre is the face of Red Scare, as he helped put Dayton on the map with an Elite 8 trip in 2014 and he averaged 11.3 points, 6.7 rebounds and 2.2 assists in four seasons with the school. Red Scare will also have two key players from last years top-10 team in Trey Landers and Ryan Mikesell. Last season, Landers averaged 10.5 points and 6.9 rebounds while Mikesell produced 8.5 points and 1.9 assists. Red Scare also has a massive center in Trevor Thompson, who played a couple years at Ohio State where he averaged 8.5 points and seven rebounds on 55 percent shooting. This may not be the deepest team in the world, but Red Scare is not a team you want to overlook.

Big X is a respectable team that's depth and can feast in the paint, but it's also a club that nearly lost to D2, a squad that's not the most talented in the world and was playing on short notice considering they weren't even scheduled in the tournament. Red Scare has a handful of difference makers from an underrated CBB program and they have two key players who played together just a few months ago, which is key given that chemistry is an underrated part of this tournament. Thompson also has a chance to dominate this tournament with not a lot of players able to match his size.

I'll back Red Scare and whatever the line is...