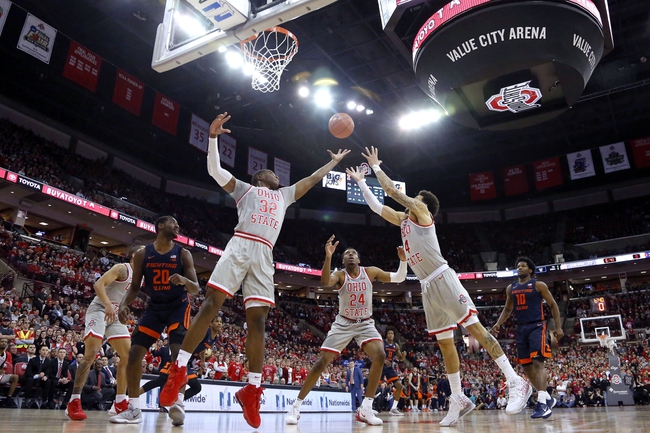 Carmen's Crew vs. House of 'Paign

Carmen’s Crew is set to take on House of ‘Paign in a second round matchup at Nationwide Arena on July 8, 2020.  Get NBA picks and predictions at Sports Chat Place.

Carmen’s Crew is the number 1 seed in the TBT and will be looking to live up to the expectations.  Carmen’s Crew is a team made up of mainly Ohio State alumni.  The team has a roster with the likes of former Buckeyes of: William Buford, Aaron Craft, Jon Diebler, Dallas Lauderdale, David Lighty, Lenzelle Smith, Jared Sullinger, and DeShaun Thomas.  Other players that went to school outside of Ohio State on the roster are: DeMetri McCamey (Illinois), Jeff Gibbs (Otterbein University), and Pape Malik Dime (Washington).

Buford had an excellent career as a Buckeye, starting 133 of 145 games, totaling 13.7 points per contest during his college career.  He averaged double figures all 4 seasons. Craft was a staple in the starting lineup at Ohio State his last three seasons, starting all 111 games.  Craft collected 8.9 points, 4.7 assists, and 2.3 steals per contest. Diebler was one of the best three point shooters during his time in college, finishing his Ohio State career with a 41.6 percent from distance.  During his senior year, Diebler knocked down an incredible 50.2 percent from deep.  Lighty averaged over 12 points per contest during his final two years at Ohio State. McCamey had a pretty good career at Illinois, recording over 11 points per game on average, during his final three years at Illinois.

House of ‘Paign is coming off of a dominating 76-53 win over War Tampa.  During the win over War Tampa, House of ‘Paign was led in scoring by Mike Daum.  Daum totaled 21 points, while also pulling down 13 rebounds.  Adres Feliz was right behind Daum, recording 20 points in the game.  Malcolm Hill registered 15 points, 4 steals, and 2 assists.  The team made up of Illinois alumni forced 15 turnovers in the game, while also out rebounding War Tampa 46-40.

Overview: This is a contest that will feature former Big Ten matchups during their respective seasons.  However, McCamey, who played at Illinois, will be going up against his former school.  Carmen’s Crew is the number 1 seed for good reason, as this team has a surplus of talent.  The alumni from Ohio State have firepower inside the paint, while also having players that can light it up from deep.  This should be a good matchup, but in the end Carmen’s Crew will be too much for House of ‘Paign to keep up with.  Look for Carmen’s Crew to use their rest advantage, which will help the alumni from Ohio State to pull away in the 2nd half.