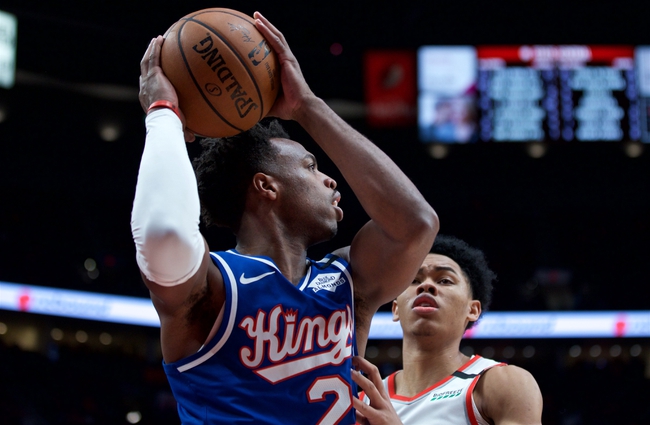 The Sacramento Kings and the Miami Heat meet in an NBA preseason matchup from the HP Field House on Wednesday.

The Sacramento Kings come into this one in a tie for 9th as one of three teams sitting 3.5 games back of Memphis for the final playoff spot in the West. The Kings got an invite to the bubble at 28-36, as one of five teams on the outside looking in in the Western Conference playoff picture. The Kings were one of the teams front and center in regards to COVID-19, with Buddy Hield, Jabari Parker, Alex Len and Harrison Barnes all testing positive for the virus at one point or another during the hiatus. Hield, Len and Parker all have recovered while Barnes is close to getting past the 14-day period. Hield was averaging 19.8 PPG before the break, just behind leading scorer DeAaron Fox who has 20.4 PPG while Parker is adding 14.7 PPG for the Kings, so I think it’s safe to say that the Kings will rely on their young core to be healthy to make a legitimate push for the playoffs when play resumes at the end of the month.

The Miami Heat on the other hand, come into this game as the 4th seed in the Eastern Conference with a 41-24 record at the time that the NBA went on pause. The Heat were just coasting when things stopped, as newly-acquired pieces like Andre Iguodala and Jae Crowder were struggling to get involved with mainstays like Tyler Herro, Goran Dragic, Bam Adebayo, Kendrick Nunn and Jimmy Butler. But maybe a break with a training camp and a couple of scrimmages may be what the doctor ordered for the Heat. One thing that he didn’t order was for Derrick Jones Jr. to test positive for the Coronavirus prior to arriving in Orlando, along with two other unnamed players and it is yet to be determined if Jones Jr. will be able to join the team in the coming weeks for the push.

It will be interesting for me to see how the Heat do in this bubble environment, as the Heat are still in Florida, but they were 14-19 in road games this season, will that transfer to the bubble? Sacramento has a young core with the likes of Hield, Fox and Parker, while it’s yet to see if Bam Adebayo and Kendrick Nunn will be available early on for the Heat as they still haven’t joined the Heat yet. I'll lean Sacramento's way for this one but probably staying away in reality.