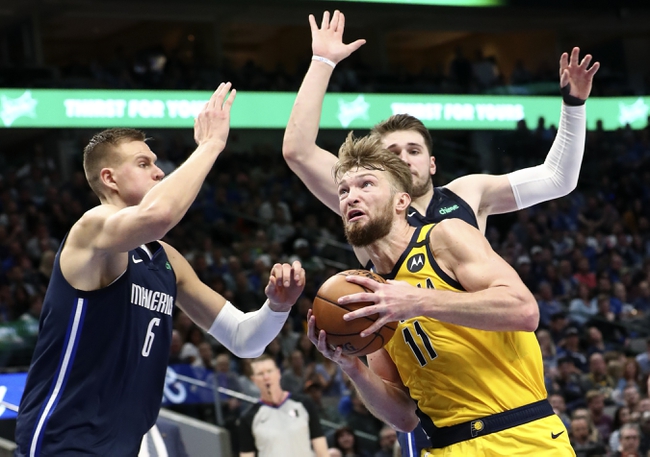 The Indiana Pacers and the Dallas Mavericks meet in an NBA preseason scrimmage from the HP Field House on Sunday afternoon.

The Indiana Pacers come into this one looking to build off of a 91-88 win over Portland in their first scrimmage of the bubble. Indiana trailed by nine after the first quarter before the Pacers cut into the deficit, trailing by two at the half. Indiana broke things open with a 30-20 3rd quarter, leading by eight into the 4th and while Portland made things interesting, the Pacers would leave with the three-point win. Justin Holiday led the Pacers with 16 points on 5 of 9 shooting with 4 threes while Aaron Holiday added 13 points. T.J. Warren and Malcolm Brogdon each had 11 points with Brogdon drilling three triples while Doug McDermott added 10 points to finish off the scoring in double figures for Indiana in the win. T.J. McConnell also dished out a team-high 6 assists in the victory.

The Dallas Mavericks will look to build off of a 108-104 win over the Los Angeles Lakers in their last matchup. The Mavs trailed by 11 at the half, but burned off a 33-19 3rd quarter before putting things away for good in the 4th, locking up a confidence building win over the Western Conference leaders. Seth Cutty led the way with 23 points, not missing from the floor, hitting all 8 of his shot attempts with 6 triples. Boban Marjanovic added 17 points on 6 of 9 shooting with a team-high 13 rebounds for the double-double while Luka Doncic added 14 points with a team-high 6 assists. Justin Jackson added 13 points and Maxi Kleber added 10 points in 13 minutes to finish off the scoring in double figures for the Mavs in the win.

This is another game I’ll need to see a line for to confirm, but as of right now, I’m leaning Dallas’ way. The Pacers looked good in knocking off Portland, but as the full-on restart gets closer and starters get to see a few more minutes here and there, the loss of Domantas Sabonis for the Pacers could prove to be costly for the foreseeable future as he’s a big part of the Pacers’ motor. Dallas looked awesome against the Lakers and I think they carry that over for at least another game so I’ll side with the Mavs. 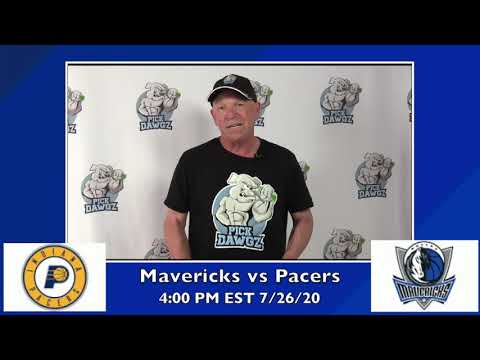