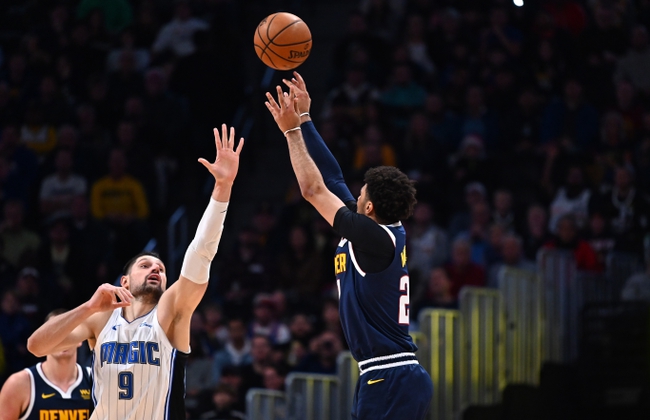 The Orlando Magic and the Denver Nuggets meet in an NBA preseason matchup from the VISA Athletic Center on Monday night.

The Orlando Magic will look to rebound from a 119-112 loss to the Los Angeles Lakers in their last matchup. The Magic fell behind 35-19 after the first quarter but cut the deficit to 13 at the half and down to 2 by the end of the 3rd quarter, but the Lakers just proved to be too much, winning the game by 7 points. D.J. Augustin led the way with 21 points on 6 of 7 shooting with a pair of threes and a 7 of 7 mark from the foul line with a team-high 5 assists while Michael Carter-Williams had 15 points with a team-high 8 rebounds and Aaron Gordon came right behind with 14 points. Terrence Ross chipped in 12 points and Nikola Vucevic added 10 points to round out the scoring in double figures for the Magic in defeat.

The Denver Nuggets will try to bounce back after a 119-104 loss to the New Orleans Pelicans in their last matchup. Denver trailed by 13 points after the first quarter and never really got back into the game, as New Orleans stretched the final margin out to 15 points at the final buzzer. Troy Daniels led the way with 28 points on 9 of 17 shooting with 7 threes while Mason Plumlee added 18 points with a team-high 13 rebounds for the double-double. Bol Bol added 15 points and Jerami Grant chipped in 13 while Nikola Jokic added 11 points with 10 rebounds and a team-high 8 assists for a double-double of his own. Tyler Cook added 10 points to cap off the scoring in double digits for Denver in defeat.

I need to see a line before locking in my decision, but I like the way that the Magic battled against the two top teams in the West, and even in preseason I think it’s going to keep the Magic sharp going forward. Denver is a solid team and maybe they’re just waiting for the season to officially restart, but the Nuggets have looked sluggish in their first two preseason games and I think the Magic could pull something off here. I’ll lean towards the Magic in this one.