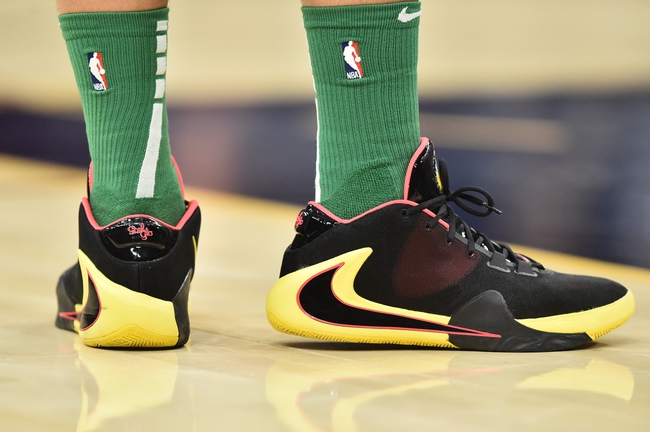 The Boston Celtics and the Houston Rockets meet in an NBA preseason matchup from the Arena at the Wide World of Sports Complex on Tuesday night.

The Boston Celtics will look to build off of a 117-103 win over the Phoenix Suns in their last matchup. Phoenix held the lead after the first, but a 34-27 second quarter and a 31-22 third gave the C’s a 13-point lead in the 4th that they wouldn’t let go of the rest of the way as the Suns fell at the final buzzer. Jaylen Brown led the Celtics with 21 points on 7 of 13 shooting with 3 threes while Gordon Hayward added 17 points with 3 threes and 6 rebounds. Jayson Tatum chipped in 16 points with a team-high 9 rebounds while Marcus Smart added 10 points on a perfect 5 of 5 shooting with 4 assists to finish off the scoring in double figures for Boston in the victory.

The Houston Rockets on the other hand, will look to build off of a 119-104 win over Memphis last time out. Houston led by nine at the half but Memphis flipped things around, taking the 3rd quarter by 17 and leaving the Rockets in an 8-point hole at the start of the 4th, but Houston would rattle off a 40-17 final quarter to win the game handily by 15 points. James Harden led the way with 31 points and a team-high 8 rebounds and 9 assists, shooting 7 of 15 from the floor with 3 threes. Ben McLemore came up behind with 26 points on an efficient 8 of 10 shooting from the floor with 6 threes while Jeff Green added 18 points on 6 of 7 shooting with 3 triples. Robert Covington added 11 points to finish off the scoring in double figures for Houston in the win while Russell Westbrook had 8 points with 5 rebounds and 5 assists.

This should be a great game to close out the preseason schedule on Tuesday and it’ll be interesting to see what the line sits at when it comes out. With that said, I like what I saw against Memphis from Houston, but James Harden and Russell Westbrook can’t do everything, and what happens when the shots aren’t falling? I’ve said before I like Boston’s depth and I think that the depth comes into play here so I’ll side with Boston in this one.