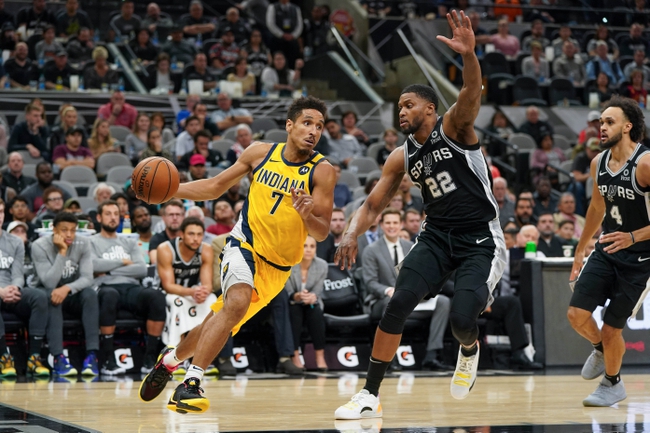 The San Antonio Spurs and the Indiana Pacers meet in an NBA preseason matchup from the HP Field House on Tuesday afternoon.

The San Antonio Spurs will look to rebound from a 124-119 loss to the San Antonio Spurs in their last matchup. The two sides were tied at the half but a 39-31 3rd quarter broke the game open for Brooklyn and San Antonio just didn’t have the answers to respond down the stretch.  Derrick White led the Spurs with 22 points on 7 of 15 with 4 threes and a team-high 4 assists while Bryn Forbes had 15 points with 3 threes. Lonnie Walker IV and Marco Belinelli each had 14 points while Jokob Poeltl and Drew Eubanks each had a 12-point double-double with Eubanks grabbing a team-high 14 rebounds while Poeltl shot 6 of 7 with 11 boards.

The Indiana Pacers will try to build off of a 118-111 win over Dallas in their last game. Dallas led by 11 after the first quarter but a 35-27 2nd quarter cut the deficit to three at the half and a 31-22 3rd quarter for Indiana put the Pacers up by six going to the 4th and the lead would hold up at the final horn as the Pacers picked up the 7-point win. T.J. Warren led the Pacers with 20 points while Malcolm Brogdon had 17 points with 7 rebounds. Victor Oladipo added 16 points with 7 rebounds while Myles Turner had 15 points and a team-high 8 boards. Edmond Sumner added 12 points in 17 minutes to finish off the group of double-digit scorers for Indiana in the winning effort.

This will be an interesting game to see what the line ends up at, but I think regardless of the line I’m going Pacers. I had some high hopes that maybe San Antonio could get a confidence win over the short-staffed Nets, but the Spurs couldn’t even do that! Indiana is looking as balanced as they’ve been all season, at least at the top, and I think the Pacers take this one fairly easily so I’ll back the Pacers in this one.