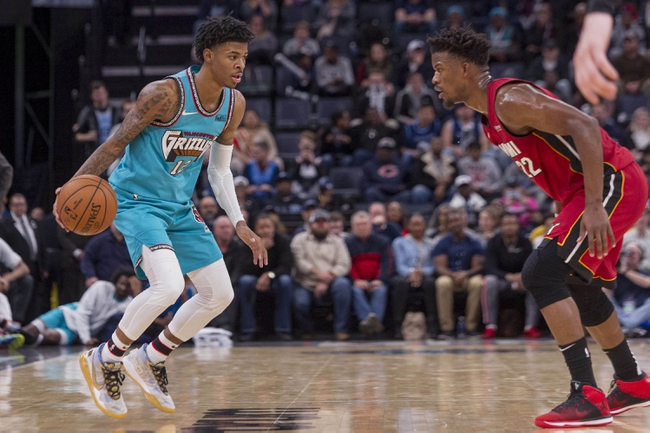 The Memphis Grizzlies and the Miami Heat meet in an NBA preseason matchup from the Visa Athletic Center on Tuesday afternoon.

The Memphis Grizzlies will try to bounce back from a 119-104 loss to the Houston Rockets last time out. Houston led by three after the first quarter and pushed the lead to nine at the half, but Memphis would surge in front with a 37-20 3rd quarter to take an eight point lead going into the 4th, but the Grizzlies would run out of gas down the stretch as Houston outscored Memphis 40-17 in the 4th to win by 15. Ja Morant led the Grizzlies with 17 points along with a team-high 9 assists while Brandon Clarke had 16 points and Kyle Anderson added 15 with a 9 of 10 mark from the foul line. Jonas Valanciunas had 12 points with a team-high 9 rebounds while Dillon Brooks had 11 points and Jaren Jackson Jr. and Anthony Tolliver each had 10 points to finish off the scoring in double figures for Memphis in the losing effort.

The Miami Heat on the other hand, will try to bounce back after a 101-99 loss to the Utah Jazz last time up. Utah led by three after the first, but Miami would win the second quarter by three, sending us to the second half tied up. Utah would take the lead at the end of the 3rd quarter by two points and that ended up being the difference as Utah held on for the two-point win in the end. Kelly Olynyk led the Heat with 27 points along with a team-high 8 rebounds while Tyler Herro added 20 points with 7 boards as well. Duncan Robinson and Derrick Jones Jr. each had 10 points to round out the group of double-digit scorers for Miami in the win. Goran Dragic added a team-high 6 assists as well in the victory.

This line will be intriguing to watch when it comes out, as the Grizzlies might be worth a play with enough points. However, the Heat are still the better team here and I think Miami will want to put their best foot forward with the opening bubble games just around the corner so I’ll side with the Heat to get the job done here.