The Indiana Pacers and the Philadelphia 76ers collide at the ESPN Wide World of Sports Complex on Saturday night.

The Philadelphia 76ers are one of the teams in the league that you assume would benefit most from the season suspension as it gave them time to rest their two best players who were battling injuries. Joel Embiid played just 44 games but still led the team with averages of 23.4 points, 11.8 rebounds and 1.3 blocks per game, Ben Simmons averaged 16.7 points, 7.8 rebounds and 8.2 assists while Tobias Harris averaged 19.4 points, 6.8 rebounds and 3.2 assists per game. Overall, the 76ers will be feeling good about their season, except for their play away from home as they are just 10-24 on the road this season, but with the rest of the season being played at neutral venues, the 76ers could be a dark horse in these playoffs.

Meanwhile, the Indiana Pacers were starting to really get hot before the season suspension as they had won eight of 11 games before everything got put on hold. Domantas Sabonis earned himself an All-Star appearance with averages of 18.5 points, 12.4 rebounds and 5.0 assists per game, TJ Warren averaged 18.7 points per game while Malcolm Brodgon proved to be a great trade as he averaged 16.3 points and 7.1 assists per game. Victor Oladipo is doing everything he can to get back on the court as his knee injury remains a concern, Sabonis is out with a foot injury, while Brogdon is listed as questionable with a cervical strain.

The 76ers will be keen to kick off their push to the playoffs with a solid win here and it will be interesting to see how they look with Simmons rumored to play at the PF spot in a tall lineup. The Pacers will be looking to get off on the right foot, but they're dealing with a long list of injuries which could get longer if Oladipo is unable to play. The Pacers have won the last two meetings but I think the 76ers take advantage of the shorthanded Pacers in this one. 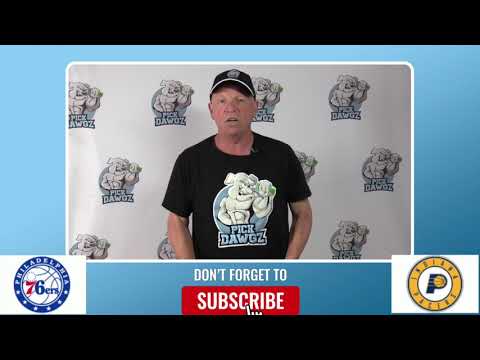