The New Orleans Pelicans will be hoping to bounce back against the Los Angeles Clippers at the ESPN Wide World of Sports Complex on Saturday night.

The New Orleans Pelicans will be hoping to bounce back in a hurry after getting their hearts broken in a 106-104 loss to the Jazz on Thursday night. Brandon Ingram led the team with 23 points and eight rebounds, JJ Redick added 21 points and three assists off the bench while Jrue Holiday chipped in with 20 points and four assists. As a team, the Pelicans shot 42 percent from the field and 11 of 31 from the 3-point line as they controlled the early proceedings to lead by 12 points at halftime and by as many as 16 points in the third quarter. However, the Pelicans' backcourt were outplayed the rest of the way as the Jazz stole the game in the final seconds. Lonzo Ball struggled all game as he finished with just four points on two of 13 shooting from the field.

Meanwhile, the Los Angeles Clippers were one of the hottest teams in the league before the season got suspended, but all they are thinking about right now is bouncing back after falling to the Lakers in a 103-101 loss on Thursday. Paul George led the team with six 3-pointers on his way to 30 points, Kawhi Leonard battled early foul trouble to finish with 28 points while Reggie Jackson chipped in with 10 points and four assists. As a team, the Clippers shot 43 percent from the field as they rallied back from an early 13-point deficit to lead by as many as 11 points, before the Lakers rallied to steal the game late. The Clippers were without key reserves in Lou Williams and Montrezl Harrell but it was still a close game as the Clippers committed a total of 22 turnovers and still had a shot to win it at the buzzer, so they won't be too discouraged with the result.

Head to head, the over is 4-1 in the last five meetings and the Pelicans are 6-2 ATS in the last eight meetings overall.

The Pelicans will be kicking themselves after blowing a 16-point lead to the Jazz on Thursday, so they're going to have to be close to perfect from this point if they want to sneak into the playoff picture. Zion Williamson looked great on the court, but he was held to just 15 minutes on Thursday, so he seems to be on a strict minutes restriction which makes it even tougher. The Clippers will be annoyed with their own efforts as they shot themselves in the foot repeatedly with turnovers in a game they seemingly had in control on Thursday. Williams and Harrell are both absent for the Clippers, but I still think they get the job done behind big games from Leonard and George. 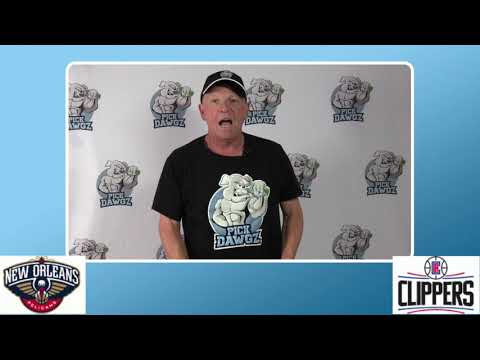