The San Antonio Spurs looked great in their opening bubble game, as they shot 53.3 percent from the field and got terrific play from DeRozan and White. The Spurs need all the wins they can get if they're going to keep their playoff streak alive and they're off to a solid start. The Memphis Grizzlies lost a heartbreaker in overtime and I question how a young team is going to bounce back after a tough loss under these weird circumstances.

The bottom line is the Spurs are the more desperate team that can close the playoff gap even more with a victory here, and they have a lot more veterans on their roster who knows what it takes to win in what's petty much an eight-game playoff trial period. I'm taking the points with the Spurs. 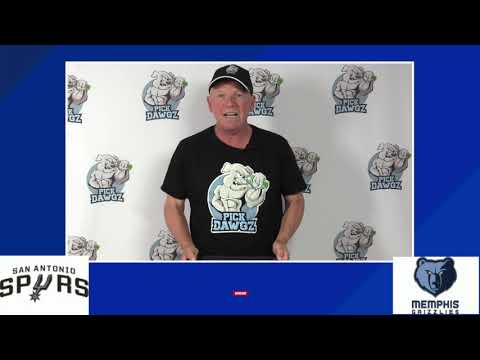