The New Orleans Pelicans play host to the Memphis Grizzlies at the ESPN Wide World of Sports Complex on Monday night.

The Memphis Grizzlies have been in rough shape as they've lost four of their last five games and they will be hoping to bounce back after last night's 108-106 loss to the Spurs. Ja Morant led the team with 25 points, nine rebounds and nine assists, Jaren Jackson Jr. added 21 points on eight of 13 shooting while Grayson Allen chipped in with 15 points off the bench. As a team, the Grizzlies shot 46 percent from the field and seven of 30 from the 3-point line as they rallied back from an 11-point deficit in the fourth quarter, only to lose in the final second as the Spurs' DeMar DeRozan drained the game-winning free throws.

Meanwhile, the New Orleans Pelicans are still looking for their first win since the season restart as they are coming into this game off a 126-103 loss to the Clippers. Nickeil Alexander-Walker led the team in scoring with 15 points off the bench, Brandon Ingram added 14 points while Derrick Favors scored 12 points. As a team, the Pelicans shot 44 percent from the field and nine of 30 from the 3-point line which was never nearly enough to hang with the Clippers who drained a franchise-record 25 3-pointers. Lonzo Ball scored just seven points, Jrue Holiday scored just four points while Zion Williamson scored just seven points as he remained on his strict minutes restriction.

Looking at the betting trends, the Grizzlies are 7-1 ATS in their last eight games playing on zero days rest.

The two squads have already met twice this season with the Pelicans winning both meetings by double digits, but I'm expecting a close one with the Grizzlies needing to win to keep their spot in the Western standings. I would be all over the Pelicans if Williamson played his usual minutes, but with the teams as they are, I'm taking the Grizzlies with the points in a game they could win outright. 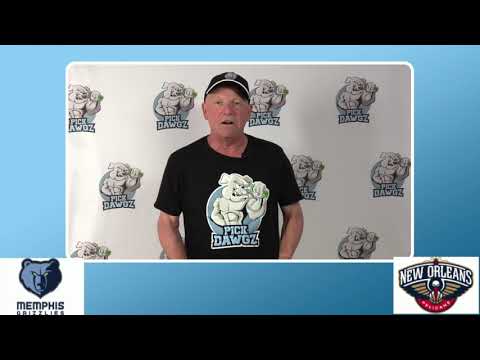