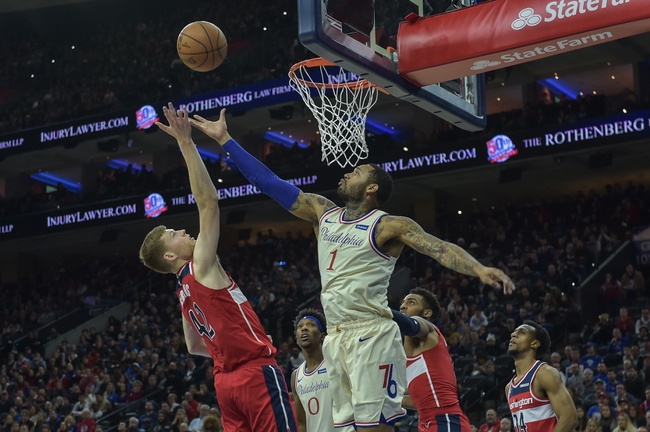 The Washington Wizards play host to the Philadelphia 76ers at the ESPN Wide World of Sports Complex on Wednesday.

The Philadelphia 76ers will be looking to build some momentum after taking down the Spurs in a 132-130 thriller on Monday. Joel Embiid led the team with 27 points, nine rebounds and five assists, Tobias Harris added 25 points on 10 of 17 shooting, Josh Richardson scored 19 points while Shake Milton chipped in with 16 points. As a team, the 76ers shot a healthy 52 percent from the field and 14 of 31 from the 3-point line as they squandered a 14-point lead in the fourth quarter and trailed by two points until Milton drained the clutch 3-pointer with 7.2 seconds left on the clock to steal the game late.

Meanwhile, the Washington Wizards have yet to win a game since the season restart as they're coming into this one hoping to avoid a fourth straight defeat after falling short to the Pacers in a 111-100 loss on Monday. Thomas Bryant led the team with 20 points, 11 rebounds and three blocks, Jerome Robinson added 17 points while Shabazz Napier chipped in with 16 points. As a team, the Wizards shot 43 percent from the field and 11 of 30 from the 3-point line as they trailed by nine points at halftime, before getting blown out in the third quarter where they trailed by as many as 22 points.

Head to head, the over is 7-3 in the last 10 meetings overall and the 76ers are 1-4 ATS in the last five meetings in Washington.

The 76ers have been far from convincing since the season restart, but they are coming into this one full of confidence after earning a much-needed win on Monday and I just don't see how the Wizards will be able to hang in the contest. The 76ers haven't been at their best, but I think they can cruise in this one. 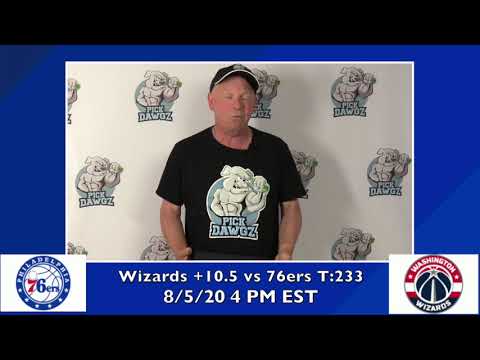