The Los Angeles Lakers and the Indiana Pacers do battle at the ESPN Wide World of Sports Complex on Saturday night.

The Los Angeles Lakers have been in a bit of a funk lately and they will be hoping to avoid a third straight defeat after getting blown out by the Rockets in a 113-97 loss on Thursday. Kyle Kuzma led the team in scoring with 21 points in a starting role, Anthony Davis added 17 points with 12 rebounds while Danny Green and Kentavious Caldwell-Pope each scored 10 points. As a team, the Lakers shot just 44 percent from the field and a miserly two of 19 from the 3-point line as they struggled right from the first quarter against a more desperate Rockets team led by 39 points from James Harden. The Lakers were without their leader in LeBron James who is questionable with a groin injury after sitting out Thursday.

Meanwhile, the Indiana Pacers have been in great form as they were gunning for a fourth straight victory before getting stopped by the red-hot Suns in a 114-99 loss on Thursday. Malcolm Brogdon led the team with 25 points and six assists, Myles Turner added 17 points with eight rebounds and three blocks while TJ Warren and Victor Oladipo each scored 16 points. As a team, the Pacers shot 43 percent from the field and 10 of 29 from the 3-point line as they trailed by just four points at halftime, before getting blown out in the second half where they allowed 62 points to a well-balanced Suns offense that had seven players finish in double figures in scoring.

Head to head, the under is 5-1 in the last six meetings overall and the Lakers are 2-5 ATS in the last seven meetings in Indiana. 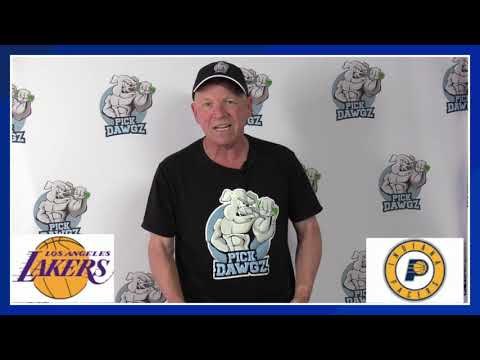