The Indiana Pacers and the Miami Heat duke it out at the ESPN Wide World of Sports Complex on Monday night.

The Indiana Pacers have been in great form as they’ve won four of their five games in the bubble and they will be looking to stay hot after taking down the Lakers in a 116-111 win on Saturday. TJ Warren led the team with 39 points on 15 of 22 shooting, Malcolm Brogdon added 24 points with six assists while Victor Oladipo chipped in with 22 points, seven rebounds and five assists. As a team, the Pacers shot 52 percent from the field and 15 of 33 from the 3-point line as they squandered an early 15-point lead, before having to rally in the fourth quarter where they closed the game on a 13-5 run to escape with the win.

Meanwhile, the Miami Heat have been in a bit of a funk lately as they’ve lost three of their five games in the bubble and they will be hoping to bounce back after falling short to the red-hot Suns in a 119-112 loss on Saturday. Duncan Robinson drained four 3-pointers on his way to 25 points, Tyler Herro racked up 25 points with eight rebounds and 10 assists, Bam Adebayo scored 18 points with nine assists while Jae Crowder chipped in with 17 points. As a team, the Heat shot 48 percent from the field and 11 of 36 from the 3-point line as they started strongly to lead by as many as 11 points, but they cooled off in the second half and found themselves on the wrong side of the scoreboard after the Suns opened the fourth quarter with a pivotal 17-8 run.

Jimmy Butler and Goran Dragic should be available for this game, which is a big boost for the Heat, but the Pacers could be without TJ Warren who is listed as questionable for this one. These two squads have already met twice this season with the Heat winning both meetings, so while the Pacers have been the team in better form, I’m going with the Heat to grind their way to a much-needed win here with two of their best players back in the lineup. 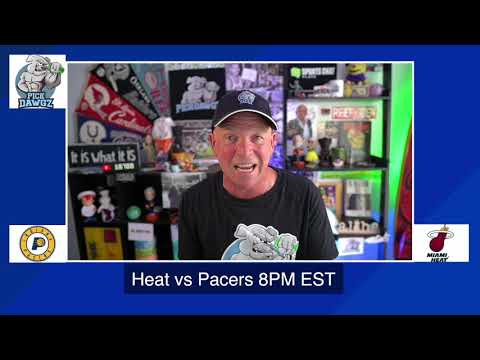