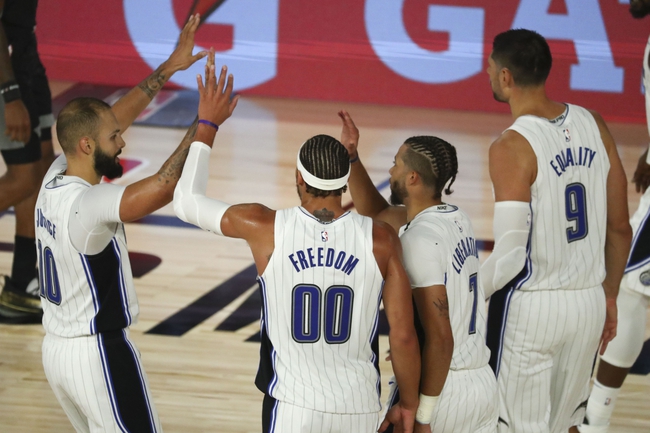 The Brooklyn Nets and the Orlando Magic collide at the ESPN Wide World of Sports Complex on Tuesday afternoon.

The Brooklyn Nets have been in great shape lately as they’ve won four of their six games in the bubble and they will be gunning for a third straight victory after securing the seventh seed with a 129-120 win over the Clippers on Sunday. Caris LeVert led the team with 27 points and 13 assists, Joe Harris added 25 points on 10 of 16 shooting, Tyler Johnson scored 21 points off the bench while Jarrett Allen racked up 16 points with 16 rebounds and four assists. As a team, the Nets shot a healthy 55 percent from the field and 20 of 43 from the 3-point line as they stormed out of the gates to lead by as many as 21 points in the first quarter, before holding off a second half rally as they pulled off the biggest upsets of the season.

Meanwhile, the Orlando Magic won their first two games in the bubble, but they’ve since gone ice-cold with four losses on the trot after falling to the Celtics in a 122-119 overtime loss on Sunday. Nikola Vucevic led the team with 26 points and 11 rebounds, Terrence Ross added 17 points off the benc, Markelle Futlz scored 16 points with 10 assists while DJ Augustin chipped in with 12 points. As a team, the Magic shot just 40 percent from the field and 15 of 47 from the 3-point line as they led by two points late in the game until the Celtics closed the final 2:29 with a 10-5 run to steal the game. Ross

With the Nets having already secured the seventh seed, they’ve decided to rest Harris, LeVert, and Temple for this game and the Magic will be without Ross, Aaron Gordon and Evan Fournier, so it’s hard to know what to expect in this game. I’m tempted to go with the Nets who have shown that they can compete with anyone no matter who they put on the court, but with the Nets resting so many players, I’m taking the Magic to get the win and cover here. 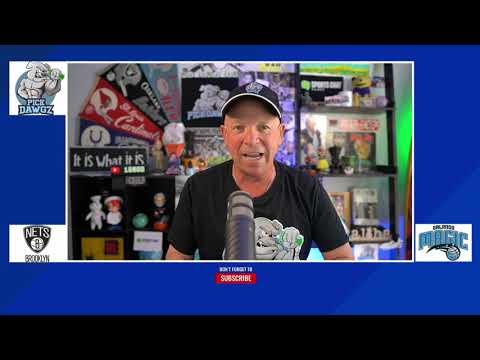