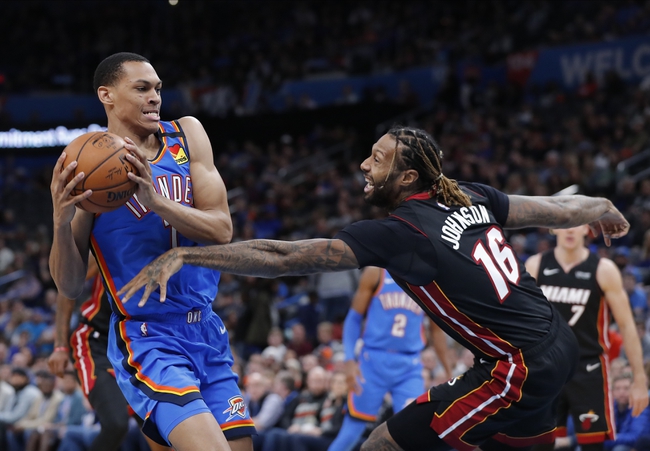 The Miami Heat and the Oklahoma City Thunder do battle at the ESPN Wide World of Sports Complex on Wednesday night.

The Miami Heat have been in decent shape as they’ve split their six games in the bubble and they will be looking to build some momentum heading into the playoffs after blowing past the Pacers in a 114-92 win on Monday. Jimmy Butler returned from a foot injury to lead the team with 19 points, 11 rebounds, five assists and three blocks, Derrick Jones Jr. added 18 points off the bench while Tyler Herro chipped in with 17 points. As a team, the Heat shot 44 percent from the field and 13 of 40 from the 3-point line, but their defense fuelled their offense in the second half as they outscored the Pacers by 37-23 in the third quarter before running away in the fourth.

Meanwhile, the Oklahoma City Thunder have also split their six games in the bubble, but they are coming into this one hoping to bounce back after getting dismantled by the Suns in a 128-101 loss on Monday. Darius Bazley led the way with 22 points, 10 rebounds and three assists, Abdel Nader added 15 points, Chris Paul scored 14 points while Mike Muscala chipped in with 11 points, but no other player finished in double figures. As a team, the Thunder shot just 38 percent from the field and 13 of 39 from the 3-point line as they stormed out of the gates to an early 15-point lead, before getting absolutely dominated from the second quarter onwards.

Kelly Olynyk has been hampered by a bruised thumb but is listed as probable for Wednesday which is a boost for the Heat. The Thunder could also be receiving a bit of extra reinforcements with Sail Gilgeous-Alexander expected to return after being rested on Monday, but they could still be without Steven Adams and Danilo Gallinari. The Heat are coming into this one as the healthier team in better form and Butler looked great in his first game back from injury. Who knows what which players will be rested come game time, but where things currently sit, I’d prefer a play on the Heat with the points in this spot. 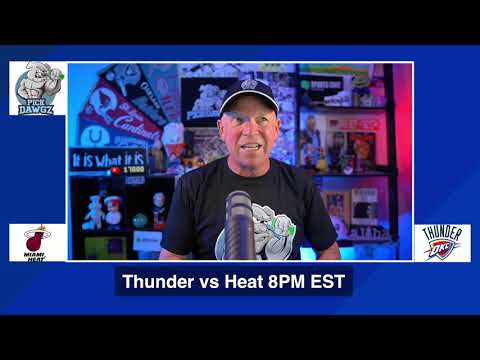