The Milwaukee Bucks and the Memphis Grizzlies do battle at the ESPN Wide World of Sports Complex on Thursday afternoon.

The Milwaukee Bucks haven’t quite look like themselves as they’ve lost four of their seven games in the bubble, but they will be looking to finish off the regular season on a high note after blowing past the Wizards in a 126-113 win on Tuesday. Brook Lopez led the team with 24 points on nine of 11 shooting, Sterling Brown added 23 points off the bench while Frank Mason III chipped in with 19 points and six assists. As a team, the Bucks shot 50 percent from the field and 18 of 38 from the 3-point line as they set the tone with 66 points in the first half, before pushing out the lead to as many as 22 points in a dominant win. Giannis Antetokounmpo was having a nice game with 12 points and nine rebounds in his first 10 minutes of action, before getting ejected for a little headbutt on the Wizards’ Moritz Wagner which will see him serve a one-game suspension from the league.

Meanwhile, the Memphis Grizzlies have lost six of their seven games in the bubble and they will hoping for a better performance after getting routed by the Celtics in a 122-107 loss on Tuesday. Ja Morant had a nice game of 26 points with 13 assists, Brandon Clarke added 15 points off the bench while Jonas Valanciunas and Dillon Brooks each scored 14 points. As a team, the Grizzlies shot 39 percent from the field and seven of 29 from the 3-point line as they struggled to find their shot early and got burned as they trailed by 16 points going into halftime. Things only got worse in the second half as the Grizzlies trailed by 22 points as they just had no answer for the loaded Celtics lineup.

Despite all the injuries and the struggles, the Grizzlies are still in with a chance to keep their playoff hopes alive with a win here and they just might be getting a weakened opponent as the Bucks will be without Antetokounmpo (suspended), Wesley Matthews, Ersan Ilyasova and Khris Middleton. Even with those players out, the Bucks still have more than enough to get the job done, but I just get the feeling that a desperate Grizzlies team can take advantage here if Morant can get loose. 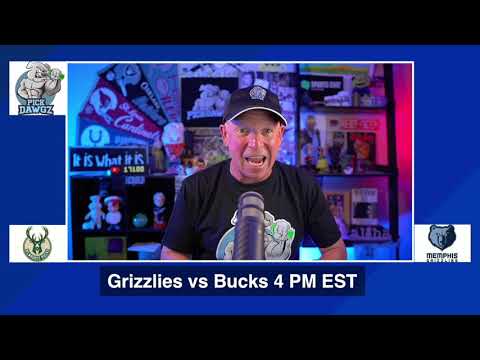