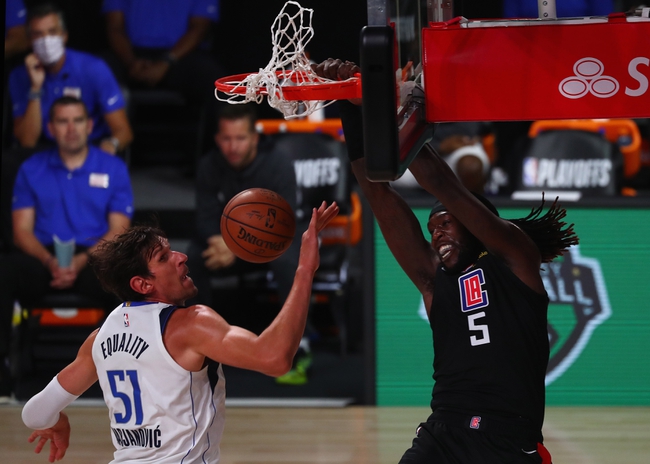 The Dallas Mavericks and the Los Angeles Clippers collide in Game 2 of the Conference Quarterfinals at the ESPN Wide World of Sports Complex on Wednesday night.

The Dallas Mavericks will be looking to bounce back after falling just short to the Clippers in a heated 118-110 loss in Game 1. Luka Doncic led the team with 42 points, seven rebounds and nine assists, Tim Hardaway Jr. added 18 points, while Kristaps Porzingis and Seth Curry each scored 14 points. As a team, the Mavericks shot 45 percent from the field and 15 of 43 from the 3-point line as they went on a 48-22 run to overcome an early 16-point deficit, only to fade in the second half where they were outscored by 52-41 as they struggled without Porzingis who was ejected for picking up his second technical foul in the third quarter.

Meanwhile, the Los Angeles Clippers will be aiming to take a 2-0 series lead after taking care of business in Game 1 on Monday. Kawhi Leonard led the team with 29 points, 12 rebounds and six assists, Paul George added 27 points on 10 of 22 shooting, while Marcus Morris Sr. chipped in with 19 points, six rebounds and four steals. As a team, the Clippers shot 47 percent from the field and 13 of 38 from the 3-point line as they went back and forth in a close contest, until took control in the third quarter where they held the Mavericks to just 13 points.

The Mavericks have plenty of positives to draw from their narrow loss in Game 1 as they were right in the contest with a chance to win it after falling into an early 16-point deficit. I have the Clippers winning again to go up 2-0 in the series, but I think this should be another close one, so I'm taking any points I can get.

The pick in this article is the opinion of the writer, not a Sports Chat Place site consensus.
Previous Pick
Boston Celtics vs. Philadelphia 76ers - 8/19/20 NBA Pick, Odds, and Prediction
Next Pick
NBA Playoff Game 2 Picks and Predictions for Thursday 8/20/20 -- NBA Betting Picks 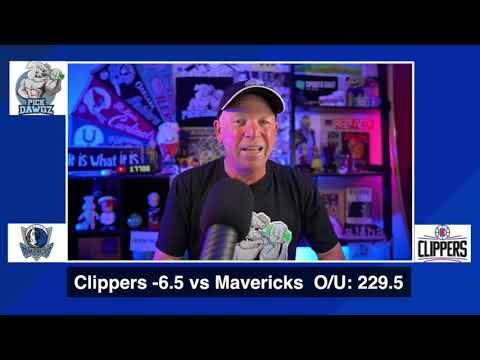