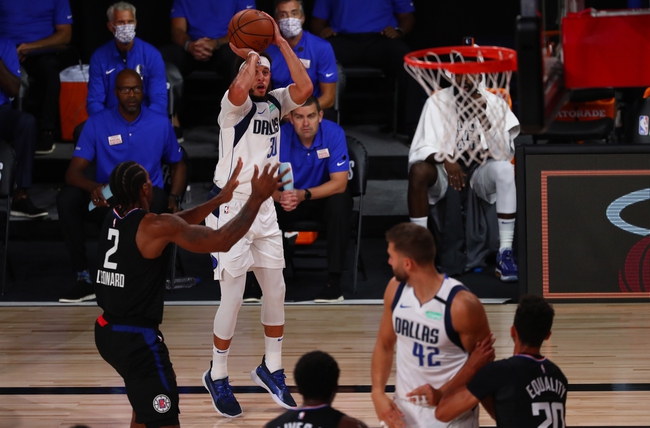 Raptors vs Nets, Nuggets vs Jazz, Celtics vs 76ers, Clippers vs Mavericks

The NBA Playoffs begin game 2 of the first round on Wednesday and Sports Chat Place has the Best Betting Picks and Predictions for all of today’s games.

In the first NBA playoffs game 2 of the day the Toronto Raptors take on the Brooklyn Nets. The Raptors got off to a fast start in game one and while the Nets were able to reel in a 30-point deficit and get it down to single digits, they were never able to get to the lead and eventually they just didn’t even have enough in the tank to keep it close enough to cover a double-digit point spread. Once again the Nets are getting 11 points today. You can read our Full Toronto Raptors vs Brooklyn Nets NBA Playoffs Game 2 Picks and Predictions here.

In the second NBA Playoffs game 2of the day the Denver Nuggets take on the Utah Jazz. The Jazz came into game 1 banged up and while many thought it would be too much to compete, the Jazz had plenty as the game was tight all the way and eventually went to overtime. The Jazz’s Donovan Mitchell had a monster game scoring the third most points ever in a NBA Playoff game. In overtime however it was all Nuggets and they went on to win by 10 points and easily cover the spread. The Denver Nuggets are once again favored in Game 2 and you can read our full Denver Nuggets vs Utah Jazz NBA Playoff Game 2 Pick and Prediction here.

In the third NBA Playoffs Game 2 on Wednesday we have the Boston Celtics taking on the Philadelphia 76ers. The Celtics took game 1 on Monday in what was a very competitive game throughout. The lead changed several times and the 76ers had plenty of chances to win. Game 1 came down to the final minutes and there was some poor shot selection by the 76ers and it cost them the game. The Celtics will be without Gordon Hayward for game 2 but they are still favored. You can read our full Boston Celtics vs Philadelphia 76ers NBA Playoffs Game 2 Picks and Prediction here.

In the final NBA Playoffs game 2 of the night we have the Los Angeles Clippers facing the Dallas Mavericks. The Mavericks fought the good fight in game 1 but they were never able to overcome the ejection of Kristaps Porzingis that happened earlier in the game. Luka Doncic led the Mavericks in what was a game effort but in the end, it was once again the Clippers Kwahi Leonard who led them to the win and the cover of the point spread. The Clippers are favored once again in game 2 and you can read our full Los Angeles Clippers vs Dallas Mavericks NBA Playoffs Game 2 Pick and Prediction here.

Of course, we also have expert picks and expert predictions in the NBA Playoffs as well as all of today’s sports betting action in our Premium Area.