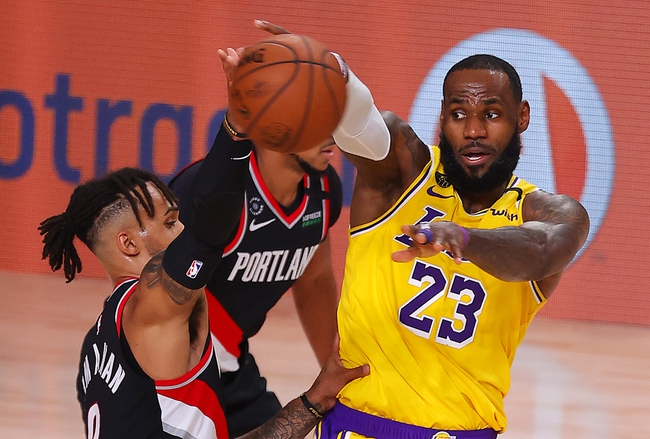 The Los Angeles Lakers will be hoping to level the series against the Portland Trailblazers in Game 2 at the ESPN Wide World of Sports Complex on Thursday night.

The Portland Trailblazers came into the playoffs as one of the hottest teams in the league and they will be looking to stay hot after taking drawing first blood against the Lakers in a 100-93 win in Game 1 on Tuesday. Damian Lillard drained six 3-pointers to lead the team with 34 points and five assists, CJ McCollum added 21 points, Jusuf Nurkic racked up 16 points with 15 rebounds while Carmelo Anthony chipped in with 11 points, 10 rebounds and five assists. As a team, the Trailblazers shot 39 percent from the field and 13 of 34 from the 3-point line as they squandered an early 16-point lead, before pulling away in the fourth quarter where they closed the game on a 13-6 run to come away with the upset victory.

Meanwhile, the Los Angeles Lakers have been playing well below their best since they clinched the top seed in the Western Conference as they’ve now lost five of their last six games. Anthony Davis poured in 21 points in the first half, but finished with just 28 points, 11 rebounds and two blocks on eight of 24 shooting, LeBron James racked up a triple-double of 23 points with 17 rebounds and 16 assists while Kyle Kuzma chipped in with 14 points off the bench. As a team, the Lakers shot a miserly 35 percent from the field and five of 32 from the 3-point line as they never really find any consistent offense outside of James and Davis. Kentavious Caldwell-Pope finished with just one point on zero of nine shooting while Danny Green shot just four of 12 to finish with 10 points.

The Trailblazers didn’t really play their best game, but they knew who to turn to and how to score when it mattered most as players like Lillard, Anthony and even Trent Jr. came up with big 3-pointers in the clutch. You just can’t say the same for the Lakers who are so heavily reliant on James and Davis carrying the offense. The Lakers could easily snap out of their funk with a big win here to square up the series, but I’m more comfortable banking on the Trailblazers with the points in a game they could win outright. 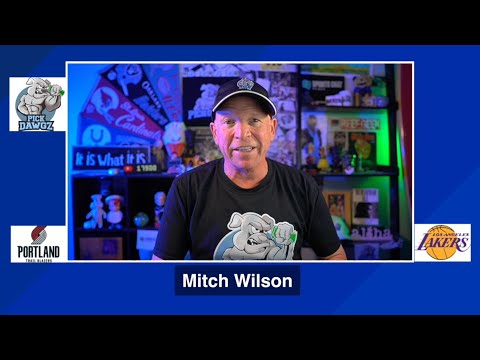