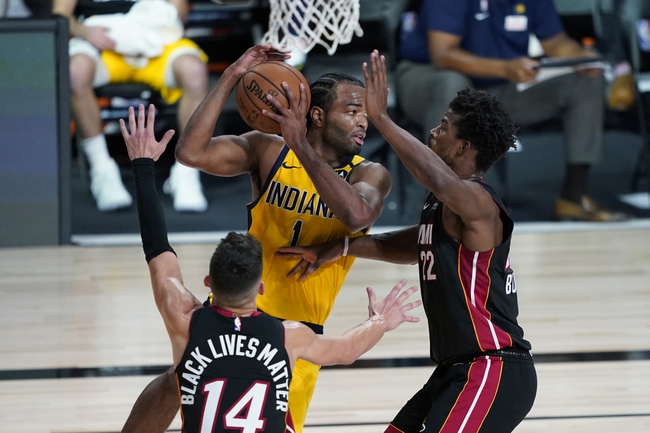 The Miami Heat and Indiana Pacers meet Saturday in game three of NBA playoff action at the AdventHealth Arena.

The Indiana Pacers have shown through two games that they just don't have the offensive firepower to keep up with the Heat. The Miami Heat have been one of the more impressive offensive teams in the playoffs through two games and they're locking in defensively by giving Andre Iguodala more minutes down the stretch. I just don't see the adjustments the Pacers can make to get back in this series. I'll lay the small number with the Heat, as they inch closer toward completing the sweep.