The Los Angeles Clippers and the Dallas Mavericks duke it out in Game 4 at the ESPN Wide World of World Complex on Sunday afternoon.

The Los Angeles Clippers will be aiming to take a commanding 3-1 series lead after taking care of business in a 130-122 win on Friday. Kawhi Leonard led the team with 36 points, nine rebounds and eight assists, Landry Shamet added 18 points, Ivica Zubac scored 15 points while Paul George chipped in with 11 points, nine rebounds and seven assists. As a team, the Clippers shot a healthy 52 percent from the field and 14 of 34 from the 3-point line as they took control of the game with an explosive 45-point second quarter, before pushing out the lead to by as many as 18 points. George had himself another poor shooting night as he made just three of 16 from the field. Patrick Beverley sat out the game with a calf injury and is listed as doubtful for Sunday.

Meanwhile, the Dallas Mavericks will be sweating on the availability of Luka Doncic after he suffered an ankle sprain in the loss in Game 3. Kristaps Porzingis led the team with 34 points and 13 rebounds, Tim Hardaway Jr. and Seth Curry each scored 22 points while Doncic racked up a triple-double of 13 points with 10 rebounds and 10 assists. As a team, the Mavericks shot 50 percent from the field and 17 of 43 from the 3-point line, but they just couldn’t recover after the Clippers caught fire in the second quarter as they didn’t cut the deficit to single digits until the final seconds of the game. Doncic is considered as a game-time decision for Sunday.

The Clippers will be full of confidence after their taking Game 3, especially with George shooting just three of 16 from the field, while the Mavericks will just be hoping to have their best player available for them for their biggest game of the season. It’s hard to go past the Clippers to advance in this series from this point, but the Mavericks know that their season is on the line here and I think they’ll be good enough to push the Clippers and get the cover here. 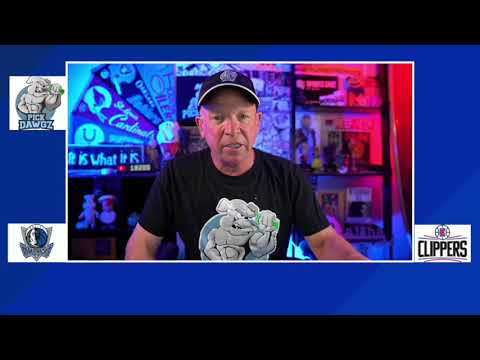