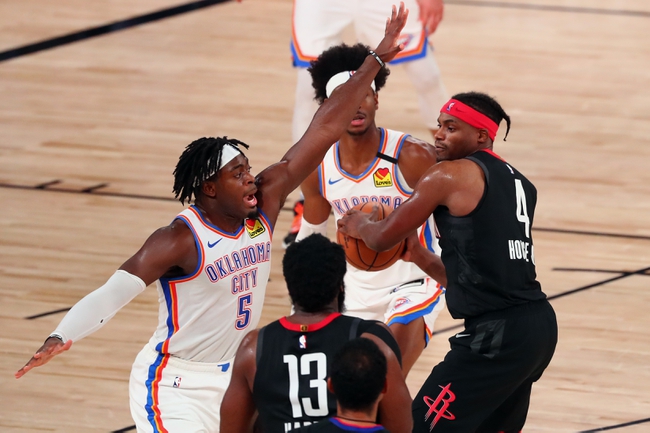 The Oklahoma City Thunder and the Houston Rockets collide in a pivotal Game 5 at the ESPN Wide World of Sports Complex on Wednesday night.

The Oklahoma City Thunder will be growing in confidence after levelling the series with a 117-114 win in Game 4 on Monday. Dennis Schroder led the team with 30 points on 10 of 16 shooting off the bench, Chris Paul added 26 points, Shai Gilgeous-Alexander racked up 18 points with 12 rebounds and six assists while Steven Adams chipped in with 12 points. As a team, the Thunder shot 48 percent from the field and 11 of 32 from the 3-point line, as they overcame a 15-point deficit before leaning on their backcourt duo of Paul and Alexander who combined to score the team’s last 12 points.

Meanwhile, the Houston Rockets will be kicking themselves after missing out on a big chance to go up 3-1 in the series after blowing Game 4. James Harden led the team with 32 points, eight rebounds and 15 assists, Eric Gordon added 23 points while Danuel House Jr. chipped in with 21 points. As a team, the Rockets shot 45 percent from the field and a sizzling 23 of 58 from the 3-point line as they were edging ahead in a tight contest that came right down to the final possessions. Russell Westbrook has yet to play in this series as he continues to recover from his quad injury, but he is currently listed as day-to-day.

Head to head, the Thunder are 7-2 ATS in the last nine meetings overall.

The Thunder must be feeling pretty good about themselves after claiming the last two games to square up the series. The Rockets could easily be enjoying a commanding 3-1 series lead, but they’re suddenly in danger of going behind in this series, so they will certainly be sweating on the availability of Westbrook. You could make an argument for either side here, but the Rockets have more room for improvement and I think they can bounce back in a close one. 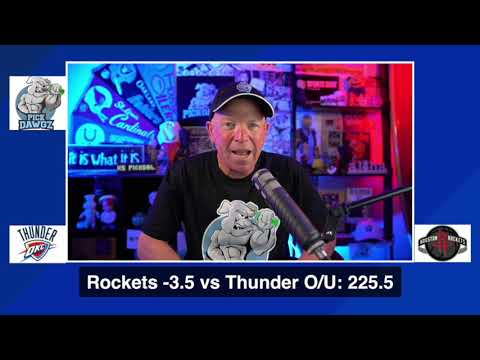