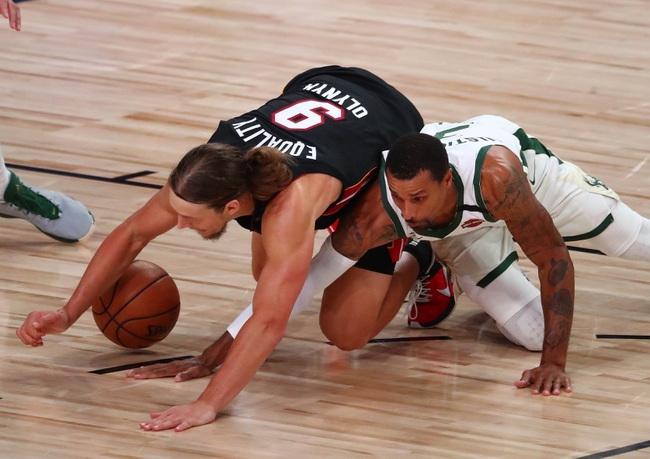 The Miami Heat and Milwaukee Bucks meet Monday in game one of NBA playoff action at the HP Field House.

The Miami Heat were 2-1 SU against the Bucks this season, and that one loss came in the bubble without Butler and Dragic, a game where they had a monster lead for majority of the game. The Heat are probably the only team in the league that has several players they can throw at Antetokounmpo, including Adebayo, who many consider the best Giannis defender in the league. The Bucks also allow so many wide open looks from deep, and the Miami Heat had the second best three point percentage in the league this season. This is just a bad matchup for the Bucks, and they certainly didn't convince me they've flipped the switch struggling in games against the Magic. I have the Heat winning this series, so I'm going to take the points and ML whenever I can.