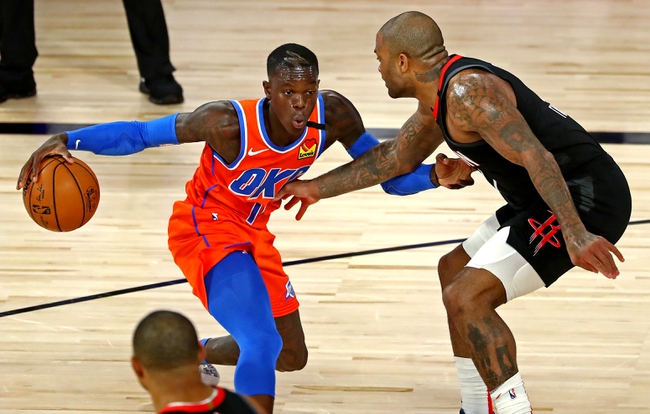 The Houston Rockets and the Oklahoma City Thunder duke it out in Game 6 at the AdventHealth Arena on Monday night.

The Houston Rockets will be looking to move onto the second round after taking a 3-2 series lead with a 114-80 win over the Thunder in Game 5. James Harden led the team with 31 points and five assists, Robert Covington added 22 points withs even rebounds and three assists while Eric Gordon chipped in with 20 points on nine of 17 shooting. As a team, the Rockets shot 43 percent from the field and 19 of 48 from the 3-point line, but where they were really impressive was on the defensive end as they held the Thunder to just 14 points in the first quarter to set the tone, before holding them to just 35 points in the second half as they ran away with it. Russell Westbrook made his return to the team but finished with just seven points and seven assists in 24 minutes of action.

Meanwhile, the Oklahoma City Thunder were going into Game 5 with all the momentum after squaring up the series, but they are now playing for their season after getting blown out on Saturday. Dennis Schroder led the team in scoring with 19 points off the bench, Chris Paul added 16 points while Steven Adams chipped in with 12 points and 14 assists. As a team, the Thunder shot a miserable 31 percent from the field and seven of 46 from the 3-point line as they recovered from an ice-cold start, only to get blown off the floor in the second half where they were outscored by 66-35. Luguentz Dort finished with just six points on three of 16 shooting while Danilo Gallinari finished with just one point on zero of five shooting.

The Thunder had the momentum in the series before the boycott happened, but they’re suddenly playing to keep their season alive after getting blown out in Game 5. Westbrook looked rusty in his first game back, but the Rockets didn’t need much from him as they had it all their way in the second half. With the season on the line, you can be sure that the Thunder will come out with a better effort, but I’m sticking with the Rockets to advance to the second round with another win and cover here. 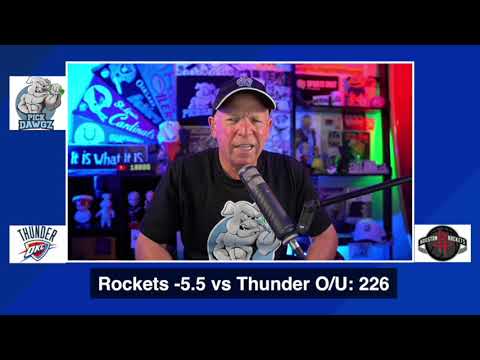