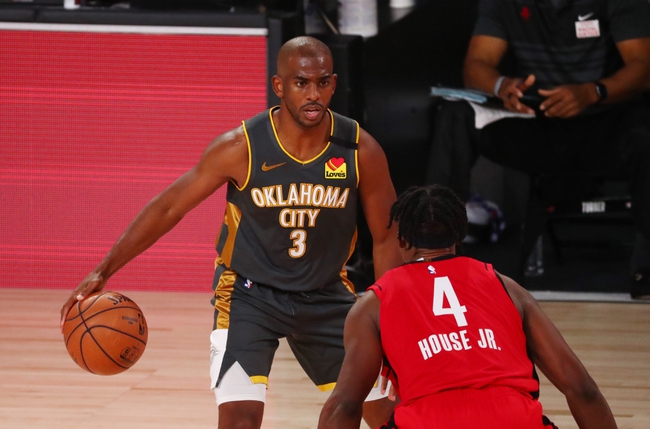 The Houston Rockets and the Oklahoma City Thunder will battle it out in Game 7 of the West Quarterfinals at the AdventHealth Arena on Wednesday night.

The Oklahoma City Thunder will be looking to book their ticket to the second round after forcing Game 7 with a 104-100 win in Game 6 on Monday. Chris Paul led the way with 28 points, seven rebounds and three assists, Danilo Gallinari added 25 points on nine of 17 shooting, Luguentz Dort scored 13 points while Dennis Schroder chipped in with 12 points on five of 16 shooting off the bench. As a team, the Thunder shot just 42 percent from the field and 12 of 36 from the 3-point line but they defended well, kept the Rockets off the free throw line and turned to CP3 who sparked the team with consecutive 3-pointers to tie the game with 2:57 remaining.

Meanwhile, the Houston Rockets will be so disappointed after leading for a majority of Game 6, before blowing it down the stretch. James Harden led the team with 32 points, eight rebounds and seven assists, Robert Covington added 18 points with five steals while Russell Westbrook chipped in with 17 points and three assists. As a team, the Rockets shot 45 percent from the field and 15 of 44 from the 3-point line as they led by 98-92 late in the fourth quarter, until the Thunder closed the game on a 12-2 run in the final 3:35. Eric Gordon will be aiming for a better showing after finishing with just nine points on three of 12 shooting while Westbrook will look to be more efficient after racking up seven bad turnovers in just 27 minutes of action.

Head to head, the Thunder are 8-3 ATS in the last 11 meetings overall.

The Thunder have struggled with their 3-point shooting in the bubble, but it was a pair of long bombs from Paul that really sparked the team late in Game 6. The Rockets will be disappointed that they missed out a chance to seal the deal on Monday, but they weren’t playing anywhere near their best and still almost won. You can make an argument for either team here, but the Rockets have been the better team in this series and I’m sticking with them to get the win and advance. 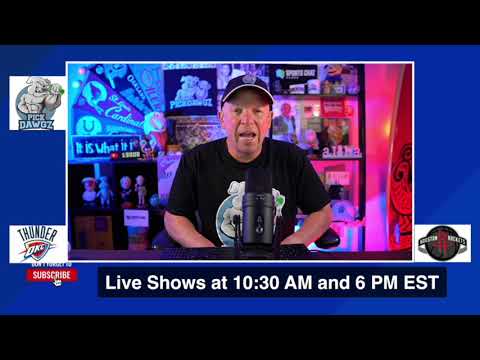