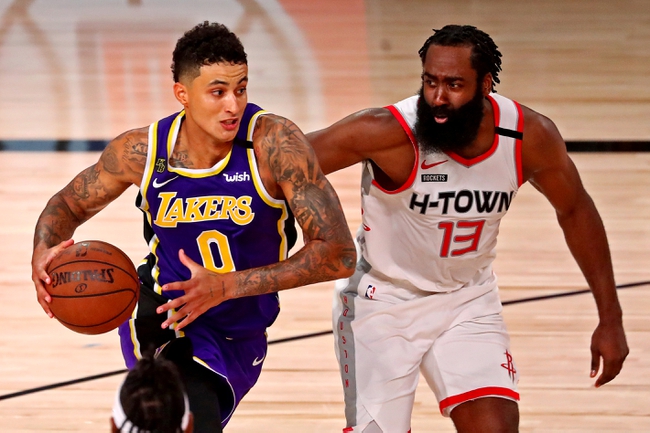 The Houston Rockets and the Los Angeles Lakers collide in Game 2 of the West Semifinals at the AdventHealth Arena on Sunday night.,

The Houston Rockets will be aiming to go up 2-0 in the series after taking apart the Lakers in a 112-97 win in Game 1 on Thursday. James Harden led the way with 36 points and five assists on 12 of 20 shooting, Russell Westbrook added 24 points with nine rebounds and six assists while Eric Gordon chipped in with 23 points on seven of 14 shooting. As a team, the Rockets shot 48 percent from the field and 14 of 39 from the 3-point line as they took a handy eight-point lead going into halftime, before running away with it behind the strength of their defense as they held the Lakers to just 18 points in the fourth quarter.

Meanwhile, the Los Angeles Lakers will be annoyed with their performance in Thursday’s loss to the Rockets. Anthony Davis led the team with 25 points, 14 rebounds and three blocks while shooting 10 of 16 from the field, LeBron James added 20 points with eight rebounds and seven assists while Alex Caruso chipped in with 14 points off the bench but no other player scoredmore than 10 points. As a team, the Lakers shot just 42 percent from the field and 11 of 38 from the 3-point line and the concerning thing was that their offensive struggles only worsened as the game went on. Danny Green shot just four of 12, Rajon Rondo scored eight points and four assists in his first game back while Kentavious Caldwell-Pope shot just two of eight from the field.

The Rockets have been a great offensive team for a while now, but it’s been so impressive how good they have been on the defensive end despite their small ball lineup. The Lakers would’ve expected to dominate with Davis in the paint, but scoring for them only seemed to get tougher as the Rockets grew in confidence. I’m tempted to go with the Lakers to respond in a blowout, but I think the smarter play is the Rockets with the points in a close contest. 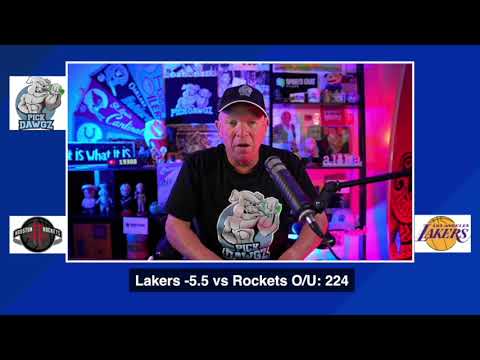