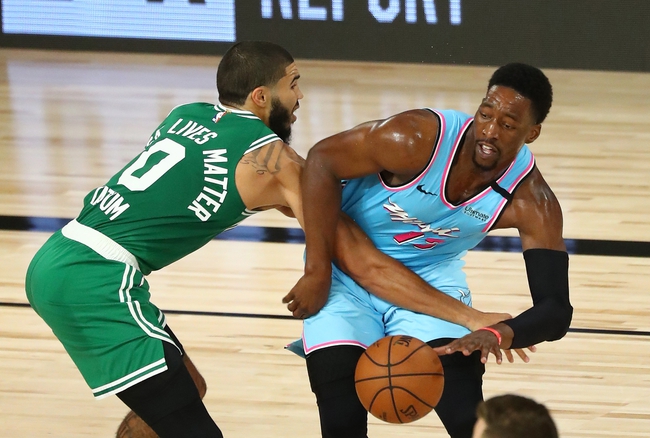 The Miami Heat and the Boston Celtics collide in Game 1 of the Eastern Conference Finals at the HP Field House on Tuesday night.

The Miami Heat will be looking to draw first blood in the Conference Finals after making light work of the Milwaukee Bucks in a 4-1 series win in the second round. Jimmy Butler has led the way with averages of 21.8 points, 5.6 rebounds, 4.2 assists and 2.1 steals per game, Goran Dragic has looked great in the starting lineup with averages of 21.1 points and 4.7 assists per game, Bam Adebayo is averaging 14.7 points, 11.7 rebounds and 4.8 assists per game while Tyler Herro is averaging 14.7 points and 3.3 assists per game. As a team, the Heat are averaging 112.1 points per game while shooting 46.1 percent from the field and an impressive 38.0 percent from the 3-point line during these playoffs.

Meanwhile, the Boston Celtics have had a tougher road to the Eastern Conference Finals as it took they had to outlast the Toronto Raptors in a rollercoaster seven-game series. Jayson Tatum is leading the team in scoring with averages of 25.3 points, 10.1 rebounds and 4.3 assists per game, Jaylen Brown is averaging 21.0 points, 7.6 rebounds and 2.0 assists per game, Kemba Walker is averaging 19.6 points and 5.3 assists per game while Marcus Smart is averaging 13.1 points, 4.2 assists per game during these playoffs. As a team, the Celtics are averaging 107.6 points per game while shooting 45.0 percent from the field and 34.1 percent from the 3-point line but it was their defense that was always key to their victories as they held the Raptors to just 89 points in Game 5 and 87 points in Game 7.

Head to head, the under is 3-0-1 in the last four meetings overall and the Heat are 5-1 ATS in the last six meetings in Boston.

These two teams met three times in the regular season with the Celtics winning the series by 2-1, but it was the Heat who won the latest meeting, a 112-106 win on Aug 4 in the bubble. The Celtics will draw plenty of confidence that they were able to outlast the defending champion Raptors, despite playing without Gordon Hayward who is expected to return sometime during this series at the earliest. However, I’m leaning towards the more rested Heat team who have been close to perfect in these playoffs as they’ve won eight of their nine games. This should be a close one, but I think the Heat come out firing and draw first blood in this series behind a big game from Butler. 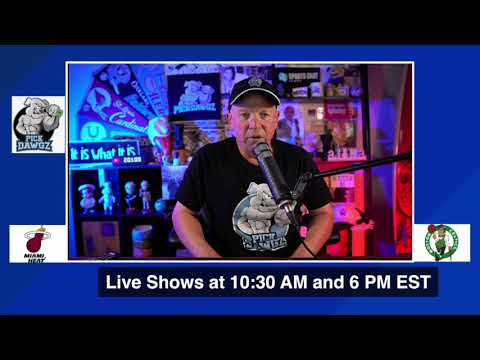