The Denver Nuggets and Los Angeles Clippers meet Tuesday in game seven of NBA playoff action at the AdventHealth Arena.

I've been saying since they were down 1-3 in the series that you shouldn't count out the Nuggets just yet, as this team is capable of getting back in this thing as long as they bring more effort defensively. The Nuggets are allowing 99.6 points in their last three games against the Clippers, which is their best stretch during these playoffs. The offense is there for Denver to go toe-to-toe with the Clippers, it's about getting stops. And while the Nuggets are a young team for the most part, this will be their fourth game seven in the last two playoffs, and they just came back down 1-3, so they've done a ton go growing these last two seasons. The Clippers should be favored for obvious reasons, but I want the Nuggets and the points, a side we've been on from the start. 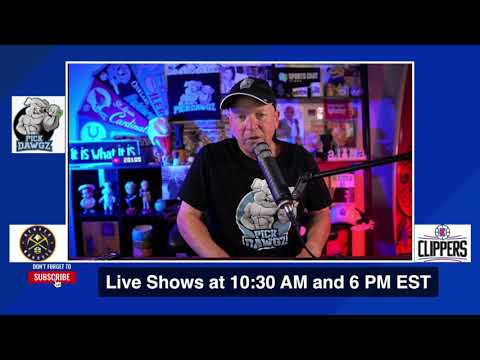