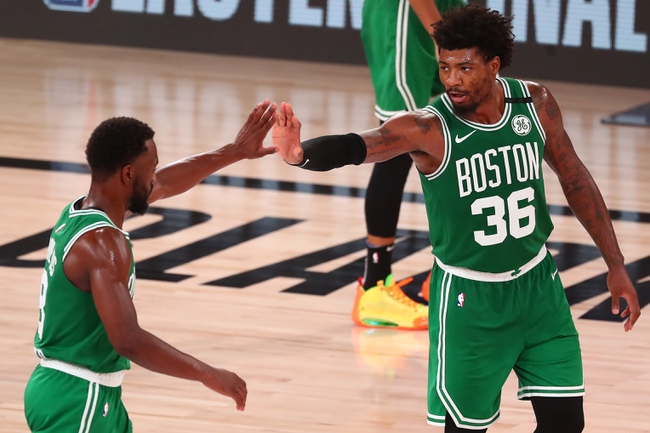 The Boston Celtics and the Miami Heat duke it out in Game 4 of the Eastern Conference Finals at the AdventHealth Arena on Wednesday night.

The Boston Celtics needed to come out with a sense of urgency after dropping the first two games of the series and they were able to cruise to victory after a quick start in their 117-106 win in Game 3. Jaylen Brown led the team in scoring with 26 points, seven rebounds and five assists on 11 of 17 shooting, Jayson Tatum racked up 25 points with 14 rebounds and eight assists, Kemba Walker scored 21 points while Marcus Smart chipped in with 20 points and six assists. As a team, the Celtics shot 48 percent from the field and nine of 26 from the 3-point line as they set the tone with their defense by holding the Heat to just 22 points in the first quarter, before pouring in 32 points in the second quarter to lead by 13-point lead going into halftime. The second half was much closer, but the Celtics were never really threatened and it was good to see Gordon Hayward play 31 minutes off the bench in his first game back from injury.

Meanwhile, the Miami Heat had all the momentum in the series, but they’re now looking to bounce back after a cold shooting night cost them a chance to go up 3-0 in the series. Bam Adebayo continued his hot form with 27 points, 16 rebounds, three steals and two blocks on 10 of 14 shooting, Tyler Herro remained fearless off the bench as he finished with 22 points and four assists, Jimmy Butler added 17 points while Duncan Robinson chipped in with 13 points. As a team, the Heat shot just 38 percent from the field and 12 of 44 from the 3-point line and they just needed more from Jae Crowder and Goran Dragic who both shot two of 10 from the field. The Heat will take some confidence from the fact that they outscored the Celtics in the second half, but a slow start always had them fighting an uphill battle.

The Heat must have been so confident after taking the first two games of the series, but the Celtics played like their season was on the line in the first half of Game 3 and it really set up the much-needed win. Adebayo was a beast on both ends of the floor, while Herro was aggressive off the bench, but the Heat will need more from Dragic who scored just 11 points. The Celtics have their eyes on squaring up the series and you just know that Hayward will be better now that he shook off the rust in his first game back. I can see the Heat winning if they get better scoring nights from Dragic and Butler who were quiet in Game 3, but in the end, I'd rather go with the Celtics to level up the series here. 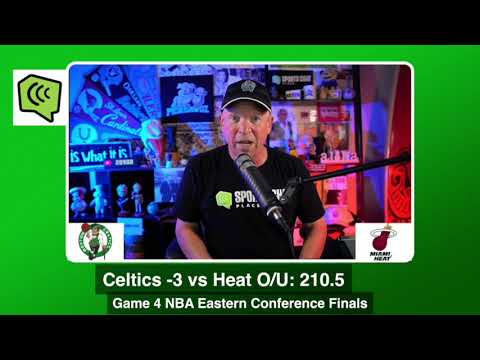