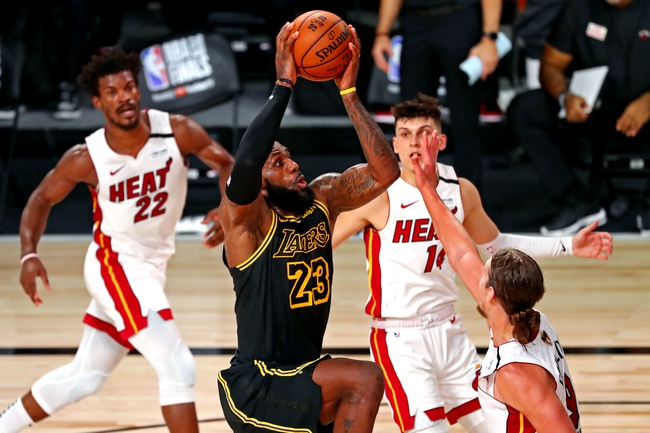 The Los Angeles Lakers and Miami Heat meet Sunday in game three of the NBA Finals at the AdventHealth Arena.

The Miami Heat had their chances to win game two, as they were the fourth team in NBA Finals history to shoot 50 percent from the field, 40 percent from three and 90 percent from the free throw line. The Heat just couldn't get a stop defensively or get a rebound and a lot of that had to do with Bam Adebayo being out. Bam mentioned after game two that he expects to play in game three, and that's a major boost to this Heat lineup at both ends of the court. We usually get the best effort from a team that's down 0-2 in a series and if that team is going to win a game in the series, it's usually game three. I'll take the points with the Heat here, assuming Bam is in the lineup.