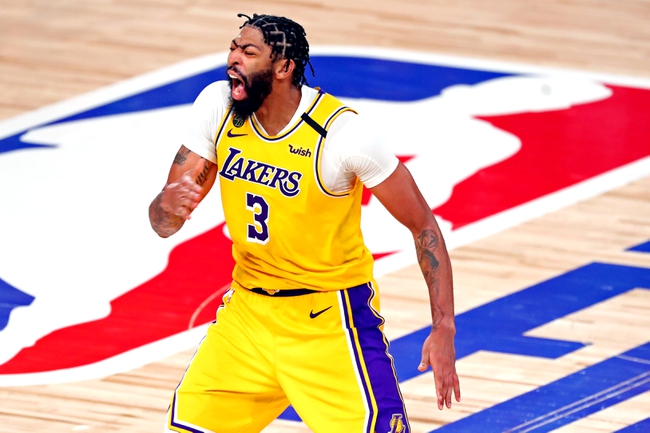 The Miami Heat will be hoping to stave off elimination against the Los Angeles Lakers in Game 5 of the NBA Finals at the AdventHealth Arena on Friday night.

The Miami Heat will be looking to keep their season alive after falling short against the Lakers in a 102-96 loss in Game 4. Jimmy Butler had his fingerprints all over this game as he racked up 22 points with 10 rebounds, nine assists and three steals, Tyler Herro added 21 points with seven rebounds and three assists, Duncan Robinson scored 17 points while Bam Adebayo chipped in with 15 points and seven rebounds in his first game back from injury. As a team, the Heat shot just 42 percent from the field and 11 of 32 from the 3-point line, but they were always in the contest and never trailed by double-digits in a game despite playing below their best. Kendrick Nunn finished with just six points on two of 11 shooting off the bench, while Kelly Olynyk scored just four points. It’s such a shame that Goran Dragic hasn’t been able to play since Game 1 because you just know he could’ve had a major impact in a tight contest that could’ve went either way.

Meanwhile, the Los Angeles Lakers are now just one win away from the NBA Championship after taking care of business in Game 4 on Tuesday. LeBron James led the team with 28 points, 12 rebounds and eight assists, Anthony Davis added 22 points with nine rebounds, four assists and four blocks, Kentavious-Caldwell Pope added 15 points with five assists while Danny Green chipped in with 10 points. As a team, the Lakers shot 44 percent from the field and 14 of 39 from the 3-point line as they set the tone defensively by holding the Heat to just 22 points in the first quarter, before a bunch of players chipped in late to seal the win. James and Davis were able to combine for 50 points, but in the clutch moments, the Lakers’ role players stepped up as Caldwell-Pope drained a big 3-pointer while Rajon Rondo scored his only points with a tough layup when the Lakers needed it.

The Heat are now playing to keep their season alive after falling short in Game 4, but they had their chances to level the series in a game where they never trailed by more than nine points. Butler did his best to keep the Heat in the contest as he flirted with a triple-double, Herro had a decent night while Adebayo scored 15 points in his first game back, but with Goran Dragic still out injured, the Heat need to be near perfect to win. The Lakers were always going to have the advantage in size and rebounding, but they’ve surprisingly been better from the 3-point line which has killed the Heat in this matchup. It’s hard not to take the Lakers to run away with it in a closeout game, but the Heat know they can put the pressure on if they can just force a Game 6, so their season isn’t finished just yet. I like the Lakers to get the job done in a close game, but I have the Heat hanging around right till the end to earn the cover.