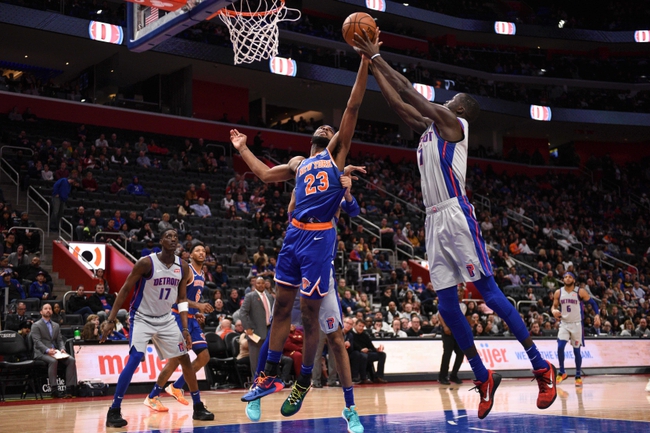 The New York Knicks haven’t played a game since March 11, and they’ll finally make their debut with Tom Thibodeau at head coach. As usual, the Knicks roster has a ton of question marks and guys you’re just not sure what you’re going to get. The Knicks should give a lot of reps to rookies Immanuel Quickley and Obi Toppin to see what they have and if they can be rotation players out the gate. The Knicks also have to see progress in Kevin Knox and RJ Barrett, as they’re supposed to be part of the core of this franchise. It’s also going to be interesting to see how some of these young guys adapt to a hard nose coach in Thibodeau who has a history of running his players into the ground. Austin Rivers is listed as day-to-day with a groin injury.

The Detroit Pistons also haven’t played since March 11 and ended their season on a give-game losing streak. The Pistons roster isn’t all that intriguing and they have some veterans who don’t need preseason reps all that much, so I don’t expect Blake Griffin and Derrick Rose to be run into the ground here. This is the time where youngsters such as Killian Hayes, Isaiah Stewart, Saddiq Bey and Sviatoslav Mykhailiuk get a lot of reps to see what the Pistons have. Heck, the Pistons should also give a lot of looks to LiAngelo Ball in hopes of landing a potential steal. The Pistons have little to no expectations this season and have a limited roster across the board. This preseason is a chance for the Pistons to kind of figure things out a bit.

Both of these teams enter the preseason with a yucky roster and need to find guys who can become key rotation players for this season to be a success. I don't want to back the Knicks as much as the next guy, but I'm not laying chalk with the Pistons right now. The Knicks have a young core and playing time open to people who show up. The Knicks can be a decent preseason team.

The pick in this article is the opinion of the writer, not a Sports Chat Place site consensus.
Previous Pick
Russell Westbrook Trade Rumors: Five Teams To Trade For Rockets Point Guard
Next Pick
Chicago Bulls vs. Houston Rockets NBA Picks, Odds, Predictions 12/11/20