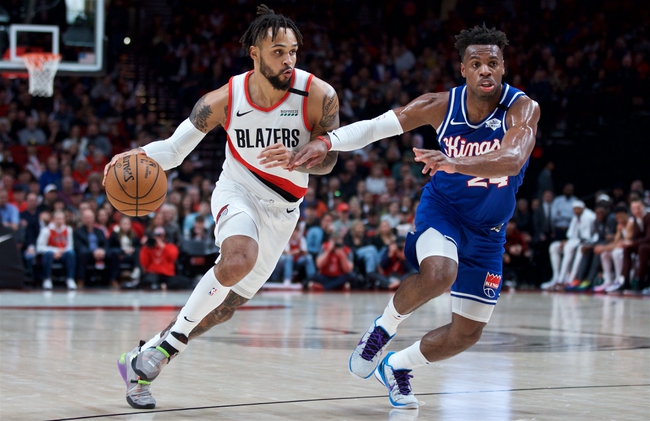 The Sacramento Kings haven’t played since August 13 when they went 3-5 in the bubble and fell short of the playoffs. The Kings bring back pretty much the same roster from a year ago, but they now have a longterm commitment from De'Aaron Fox, which should make the organization feel a little better. The health and progress of Marvin Bagley is huge for this team moving forward and there’s reports he’s highly motivated after missing so much time last season. For the most part, the Kings are a young team and has open playing time across the board. Few teams will benefit more from the preseason than the Kings. Hassan Whiteside is listed as day-to-day with a calf injury.

The Portland Trail Blazers will play for the first time since losing to the Lakers in the first round in five games. The Trail Blazers bring back the bulk of last years roster, but they did make key additions in Derrick Jones Jr., Enes Kanter and Robert Covington. That finally adds some depth to this Trial Blazers roster and takes some of the load off Damian Lillard and C.J. McCollum. However, the preseason is all about the growth of players such as Anfernee Simons, Gary Trent Jr. and Nassir Little, and see if they can take that next step in their careers. Rodney Hood is expected to have minute restrictions as he works his way back from an achilles injury. Zach Collins remains out indefinitely with an ankle injury.

The Portland Trail Blazers are obviously the better team here and enter this season with an even better roster than a couple months ago. However, there's a trend of younger teams with open playing time having success in the preseason. The Kings have many players who have a shot to earn regular season minutes, while the Trail Blazers rotation is pretty much set in stone. I expect the Sacramento Kings to play hard in these exhibitions, and you can get value with them in the underdog role. Give me the points.