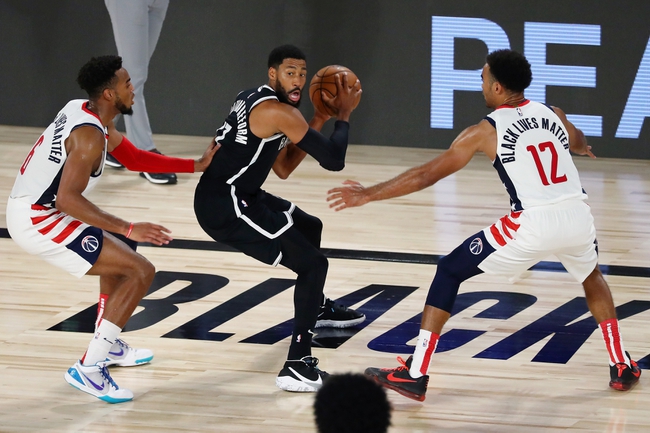 The Washington Wizards and Brooklyn Nets meet Sunday in NBA preseason action at the Barclays Center.

The Washington Wizards finished 1-7 in the bubble last season and were mostly playing a roster that was hard to recognize. The Wizards this time around will have Bradley Beal, Davis Bertans and the newly acquired Russell Westbrook. That’s a respectable trio for a Wizards team that didn’t make the playoffs last year, and there’s even more potential if Rui Hachimura takes that next step in his career. For the preseason, I’m looking to see if Cassius Winston or Moritz Wagner can make an impression, as they were highly successful college players and are fighting for an NBA roster spot at the moment. The Wizards have potential this season and it will be interesting to see if they make some progress.

The Brooklyn Nets are coming off getting swept by the Toronto Raptors, as they were forced to field an undermanned roster. This season the Nets will have Kyrie Irving and Kevin Durant, but it’s going to be interesting to see how much either plays given they’re both coming off injuries. The addition of Landry Shamet will be great for the Nets bench and Jarrett Allen has a chance to have his best year yet with so much attention on other players this time. Rodions Kurucs is a player to keep an eye on, as he had his moments in the bubble when his number was called in the playoffs. Nicolas Claxton is out of training camp due to a knee injury.

The Washington Wizards have a chance to be better than most people think this season, as they have some nice pieces and Westbrook is an upgrade considering John Wall didn't play last year. However, Beal and Westbrook are expected to set for this game, which means you're getting a similar roster that you saw in the bubble. Yuck. I'm not sure how much you're going to see of Durant and Kyrie for the Nets, but they're head and shoulders better than the Wizards without their two best players.