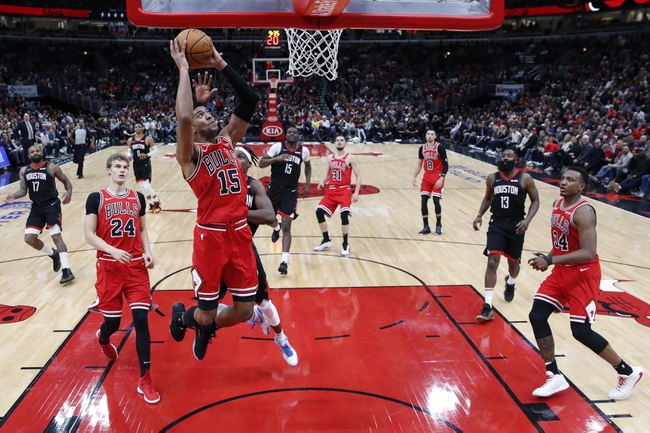 The Houston Rockets and Chicago Bulls meet Sunday in NBA preseason action at the United Center.

The Houston Rockets are still dealing with that black cloud of the James Harden trade rumors, but they looked comfortable in their preseason game and played with great defensive effort in the blowout victory. The Chicago Bulls were sloppy with the basketball and allowed a lot of transition points. That's going to happen with a young team, especially when they've now played just one game since March. The Rockets were one of the more impressive teams in their preseason debut and Wall mentioned after the game that hopefully it convinces Harden that they can be a good team this season. This seems to be a motivated bunch.

I'll gladly back the Rockets here.