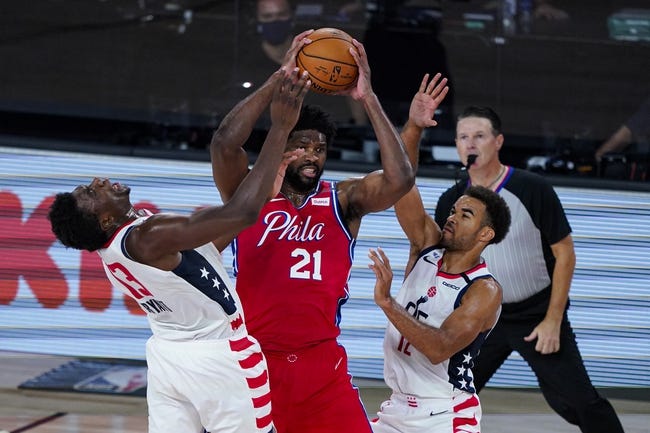 The Washington Wizards and Philadelphia 76ers meet Wednesday in NBA action at the Wells Fargo Center.

The Washington Wizards finished 1-7 in the bubble last season and were mostly playing a roster that was hard to recognize. The Wizards this time around will have Bradley Beal, Davis Bertans and the newly acquired Russell Westbrook. It’s going to be interesting to see if Westbrook can find his game again playing on a team with lower expectations than his past trip with the Rockets. Either way, that’s a respectable trio for a Wizards team that didn’t make the playoffs last year, and there’s even more potential if Rui Hachimura takes that next step in his career. There’s some intrigue around these Wizards, but they’ll struggle to fight for a playoff spot in the improved East.

The Philadelphia 76ers were swept by the Boston Celtics in the first round the last time we saw them. The 76ers have a new head coach in Doc Rivers and it’s going to be interesting to see how he can get the best out of Joel Embiid and Ben Simmons. The 76ers also made quiet offseason moves by adding shooters in Seth Curry and Danny Green, and the addition of Dwight Howard adds much needed size in the post. The 76ers have a better roster because of the shooting and the spacing, but it still comes down to if Embiid and Simmons can make it work as a duo. We should find out soon if the 76ers can finally take that next step, and that will likely determine if making a trade for James Harden is really worth it.

The Washington Wizards have a lot of their pieces back from the team that played in the bubble, and no matter what you think of Westbrook, he's an addition over a John Wall that didn't play the last two years. The Philadelphia 76ers may need some time to adjust to a new coach and some of the new players on the roster. The 76ers also won't have the fans they usually use to overwhelm teams at home. This feels like a spot the Wizards could surprise some and hang around. I'll grab the points.