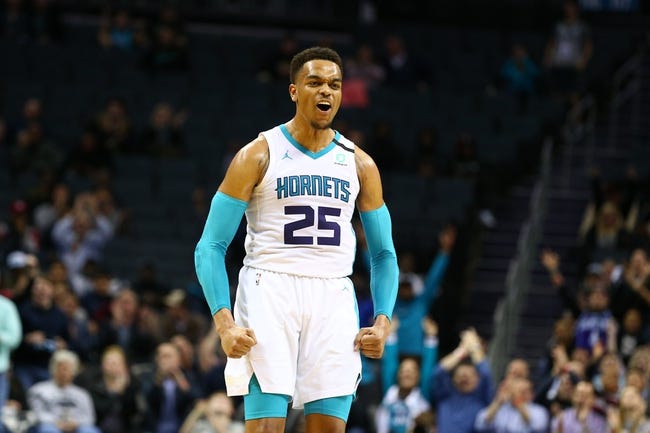 The Charlotte Hornets and the Dallas Mavericks collide at the American Airlines Center on Wednesday night.

The Charlotte Hornets started the season with a couple of losses, but they will now be looking to build some momentum after outlasting the Nets in a 106-104 home win on Sunday. Gordon Hayward led the team with 28 points and seven assists on 12 of 20 shooting, Terry Rozier added 19 points with five assists while PJ Washington racked up 14 points with 12 rebounds and five assists. As a team, the Hornets shot 44 percent from the field and 10 of 34 from the 3-point line as they trailed going into halftime, before pouring in 34 points in the third quarter where they led by as many as 16 points which would prove to be just enough in the end.

Meanwhile, the Dallas Mavericks started the season a little slow, but they will be feeling much better now after they were able to put a halt to a two-game skid with a 124-73 road win over the Clippers on Sunday. Luka Doncic led the team with 24 points, nine rebounds and eight assists, Josh Richardson added 21 points on eight of 13 shooting while Tim Hardaway Jr. chipped in with 18 points. As a team, the Mavericks shot 49 percent from the field and 14 of 41 from the 3-point line as they did all their damage in the first half where they outscored the Clippers by an incredible 77-27 to set up the easy win.

Head to head, the Hornets are 4-1 ATS in the last five meetings in Dallas.

The Hornets struggled in their first two games of the season, but they’re suddenly feeling good after taking down the Nets in a shock upset on Sunday. You could say the same for the Mavericks who got blown out by the Lakers, before responding in dramatic fashion with a monster win over the Clippers. The Hornets are 4-1 ATS in the last five meetings in Dallas and the Mavericks are 2-5 ATS in their last seven home games, so while I think the Mavericks get the win, I’m taking the Hornets with the points in this one.